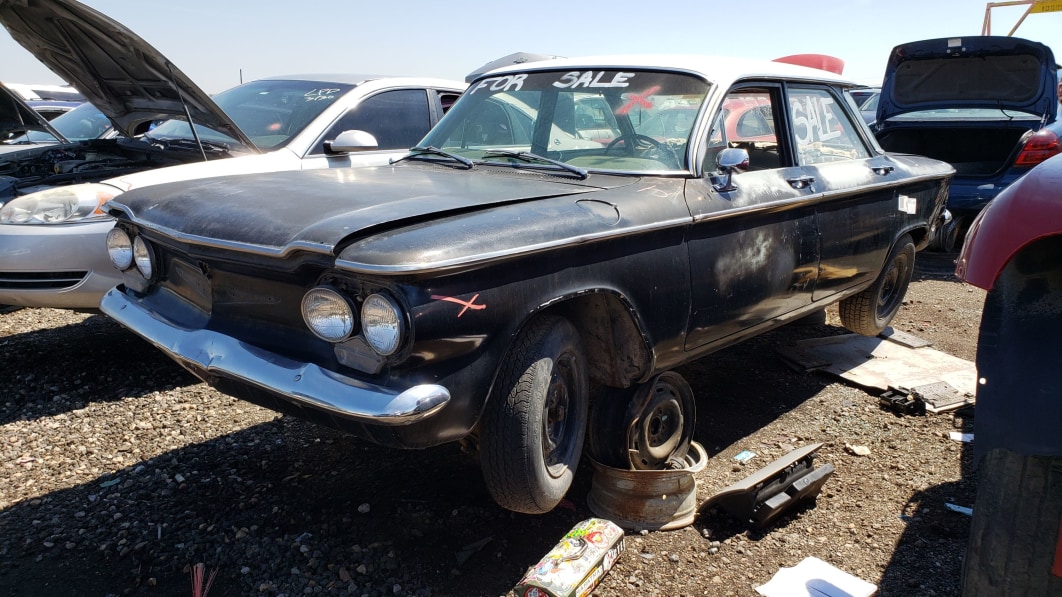 If you’re looking for a controversial Junkyard Gem, here’s your car! Yes, I’ve found a first-year-of-production Chevrolet Corvair sedan, the innovative Detroit compact with an air-cooled boxer-six engine in the back, in a Denver self-service car graveyard.

These cars sold very well at first, with sales of 200,000-300,000 per year from 1960 through 1965. Because there’s a glut of rough Corvairs, particularly non-Monza sedans, a car like this ’60 700 Deluxe sedan isn’t worth very much. This is both good and bad, because it means that Corvair aficionados have no problem finding whatever parts they want at reasonable prices… but it also means that lots of Corvairs head to the crusher every year, though the last ones were built 52 years ago. 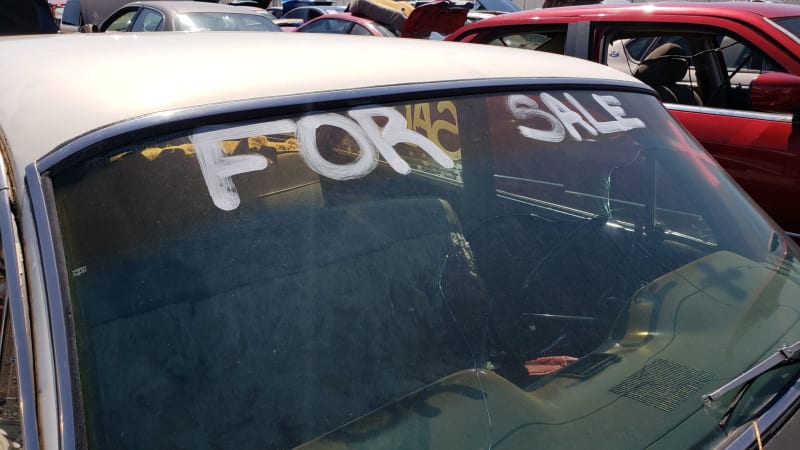 This car’s final owner tried to find a buyer, but in the end it took that final, sad tow-truck ride to this yard just north of downtown Denver. Prior to today’s Junkyard Gem, I have found many doomed Corvairs in such yards during the last decade, including a ’62 wagon, another ’62 wagon, a ’62 Rampside pickup, a ’63 Monza coupe, a ’64 Monza convertible, a ’64 Monza sedan, a ’65 Monza coupe, and a ’68 Monza coupe. In fact, I’ve seen many other discarded Corvairs that were too rough and/or stripped to be worth documenting for this series. 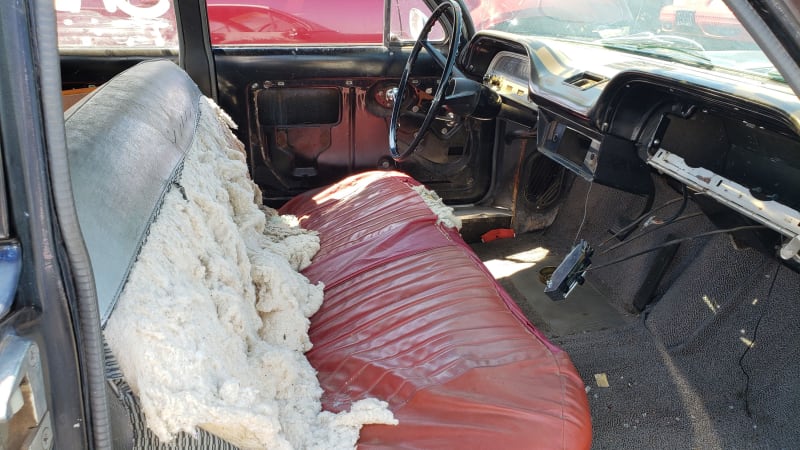 Starting in the 1961 model year, wagon, van, and pickup versions of the Corvair became available, followed by a convertible for 1962. For 1960, though, only post sedans and “Club Coupes” were available. 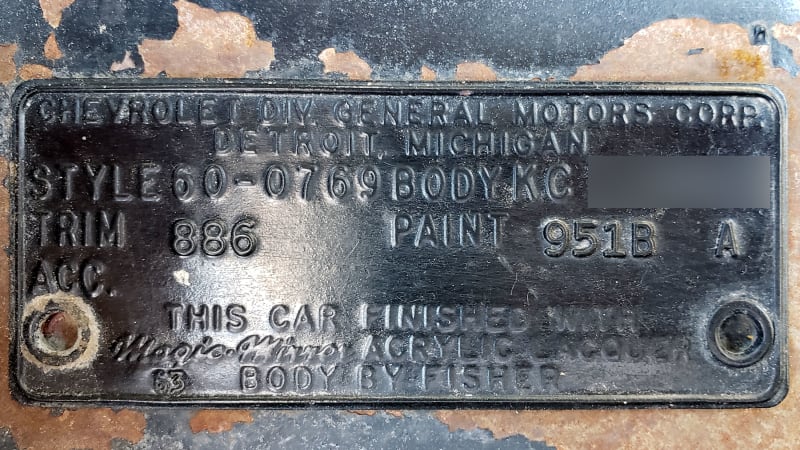 The body tag shows that this car was built at the Leeds Assembly plant near Kansas City, which closed forever in 1988. The original paint was Ermine White (long since sprayed over with flat-black primer) and the interior was gray and silver. 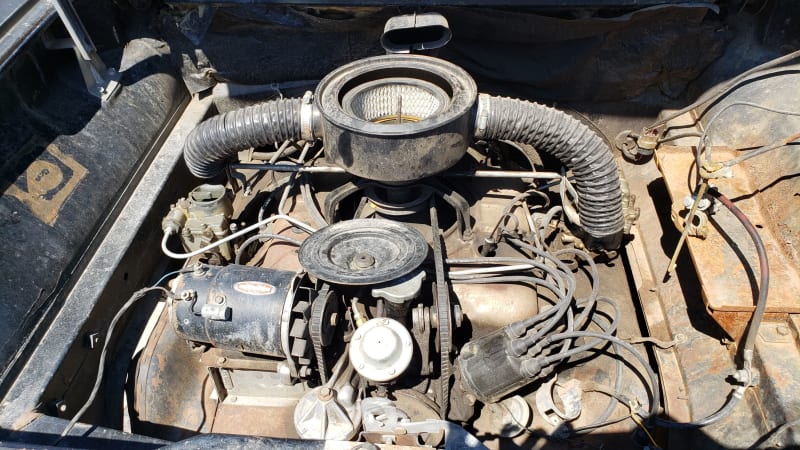 When you put the engine in a car’s rear with a space-saving transaxle, you can have a flat floor for passenger comfort and weight savings for boosts in fuel economy and performance. Fiat and Renault had sold increasing numbers of rear-engined 600s and Dauphines in the United States as the 1950s went on, though it was the huge-selling Volkswagen Beetle and its prestigious sibling, the 356, that made GM engineers feel confident that they could build a rear-engined Chevrolet that Americans would feel comfortable buying.

With the flat floor, you could fit six passengers in comfort (by 1960 standards) in this car, making Ford’s new Falcon compact seem cramped and miserable by comparison. The same went for the Plymouth Valiant, another new-for-1960 compact with a water-cooled engine in the front. 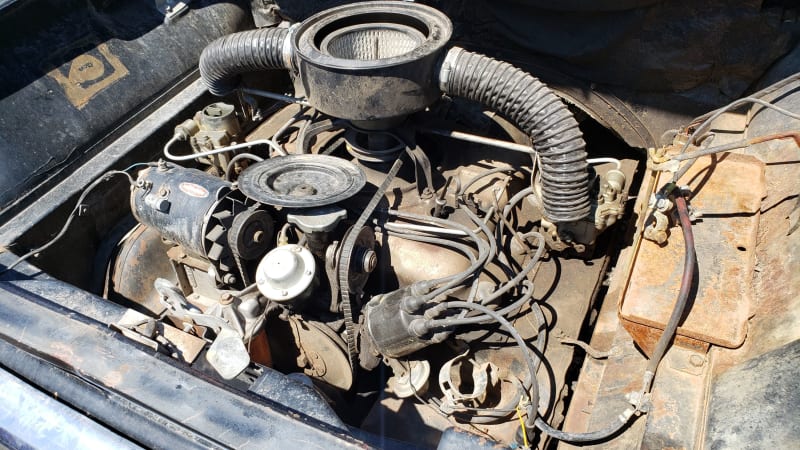 There were drawbacks to having an air-cooled engine in the back, though. Cabin heating was always troublesome in cold climates, unless you got the optional gasoline-burning heater that lived in the frunk. However, the worst problem with the early Corvair came from the oversteer-prone handling that you get from a swingaxle suspension and a rear-biased weight distribution. Many American Corvair owners assumed they could drive their cars the same way they’d drive a “traditional” Detroit sedan, which resulted in unexpected handling and some headline-grabbing crashes. If Corvair owners set their tire pressures at factory-recommended specs (26 psi in the rear and a super-soft 15 psi in front), some of the oversteering problem would be alleviated… but who pays attention to tire pressure? 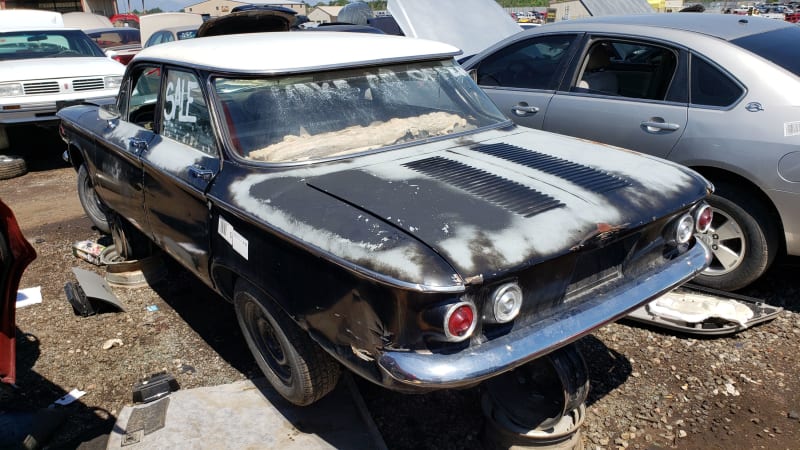 Later on, Ralph Nader wrote a book that criticized the Corvair (and many other products and practices of Detroit carmakers of the 1960s), and the commonly-held perception is that Unsafe At Any Speed killed this car. In fact, hardly anybody read the book (which was published at the end of 1965) until GM unwisely hired private detectives to try to honeytrap the ascetic Nader. This notoriety sent the book skyrocketing up in the charts, making Ralph Nader a household name (and if you think Corvair fanatics hate Nader, just ask the even-more-furious Edsel zealots how they feel about Robert McNamara). Thing is, Corvair sales fell off a cliff prior to all that excitement, mostly because GM launched the front-engined Chevy II/Nova in 1962 and that car proved more comforting to typical American car buyers than the radical Corvair. 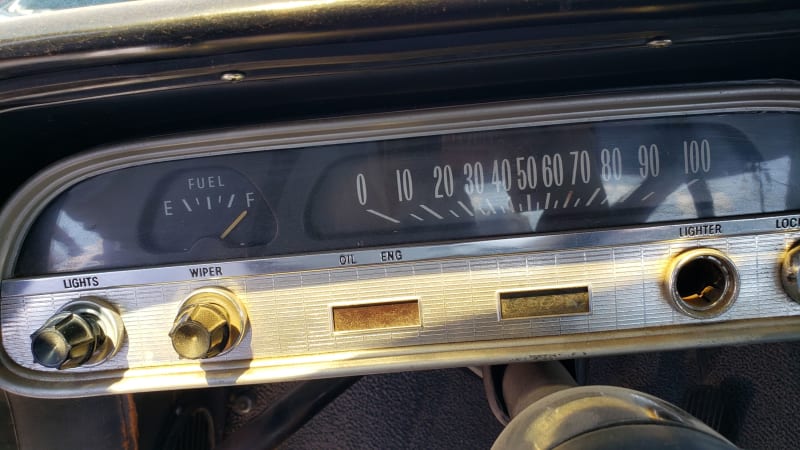 The 1965-1969 Corvair had a true independent rear suspension and other handling improvements, which resulted in something that drove more like a genuine sports car. Unfortunately for GM, the new Mustang obliterated sales of just about every other affordable sporty Detroit (or Kenosha) machine, and the fact that ever-hairier V8-powered versions of the lightweight Nova competed on the same showroom floors as the Corvair chiseled the final lettering in the rear-drive Chevy’s tombstone.

Yessir, that’s the car that’s a-gittin’ all the stares.

Number of Teens Who Vape Marijuana Doubled in 7 Years

The Ideal Color To Surround Yourself With Right Now, According To Astrologers