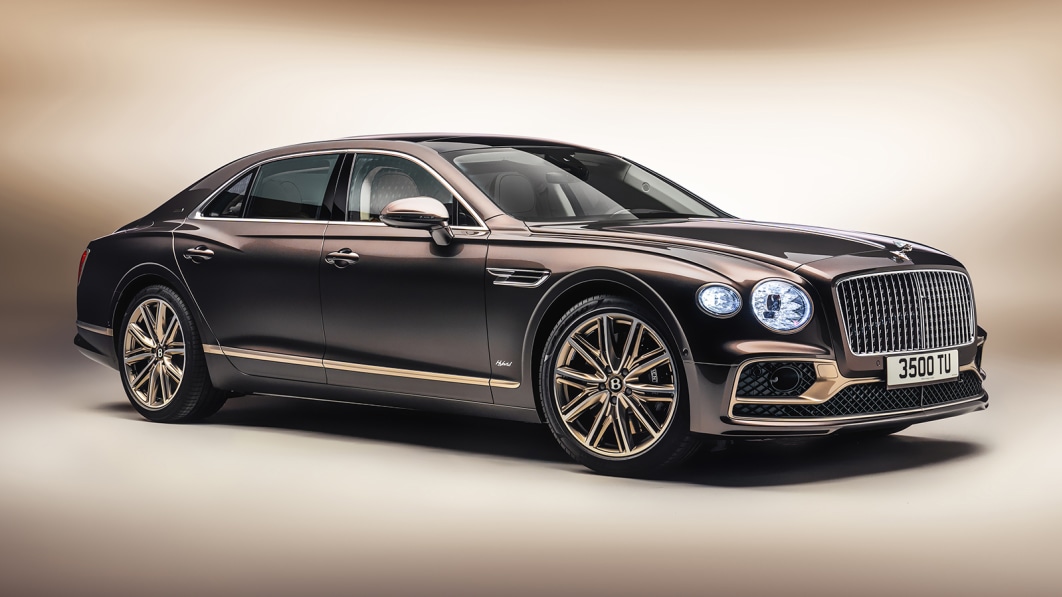 The 2022 Bentley Flying Spur Hybrid will be the second plug-in hybrid in the company’s lineup. And the brand is bestowing it with a special model called the Odyssean Edition to kick it off. It has some unique interior features that Bentley claims are more sustainable, but we would argue they don’t do much to make the big sedan particularly green, at least not beyond its hybrid nature. Set that aside, though, and the Odyssean Edition is still a nice machine.

The interior is the highlight of the Odyssean Edition, and in particular, the contrast stitching used on the seats. They’ve been dyed so that they start dark on the outer edges and fade to a lighter tone in the center. Bentley says this is the first time this stitching design has been used on a production car, with it originally appearing on the EXP 100 GT concept car. The rest of the interior is covered in natural leather (supposedly for its longevity), natural finish Koa wood (supposedly for less lacquer use) and some 100% wool spun into tweed panels on the backs of the front seats. You can get other Bentleys with leather and natural-finish wood, so they aren’t really an extra step toward sustainability.

On the outside, the Odyssean Edition is distinguished by champagne-colored accents on the 21-inch wheels, as well as the lower chrome and headlight and taillight surrounds. A badge also appears on the rear pillar. Bentley recommends six paint colors to match the accents, but if you really want to, you can pick from anything in the Bentley color range.

Availability and pricing were not announced. We would expect it to go on sale by the end of the year like regular Flying Spur Hybrids. And like those standard cars, the Odyssean Edition gets the same twin-turbo 2.9-liter V6 hybrid making 536 horsepower and 553 pound-feet of torque. Range from its 14.1-kWh battery is estimated at more than 25 miles.