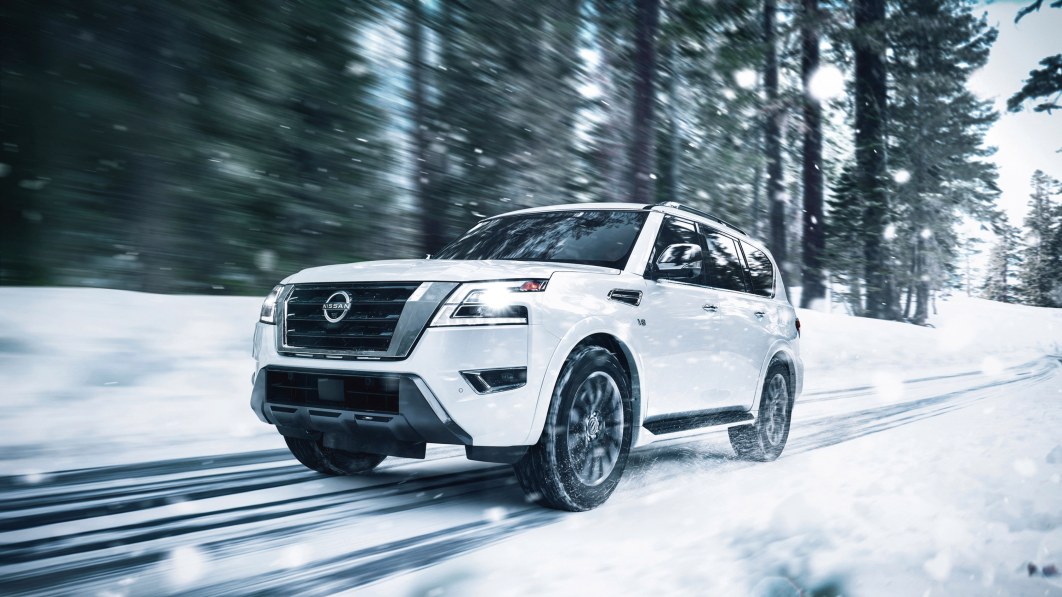 Nissan sent the Armada to the salon for a spruce-up for the 2021 model year. The current Armada greeted the world with tweaks including the brand new Nissan corporate logo suspended above a revised front bumper, new LED taillights and a second fresh bumper out back, interior upgrades in the center stack and a standard 12.3-inch infotainment screen, as well as a Midnight Edition for buyers who like to go dark. Nissan kept the 5.6-liter Endurance V8 up front, but wrung out a bit more gumption for 400 horsepower and 413 pound-feet of torque when fed with premium gasoline. Trims got reworked as well, Platinum Reserve saying goodbye at the top and a new S model entering at the bottom. Prices for 2022 aren’t far away from current prices for the 2021 Armada, but that’s due to price adjustments made since the 2021 was introduced, and another $100 added to the destination fee, the higher fee already in place. Here are the figures and their change from current pricing in parentheses:

For example, when we wrote about the 2021 Armada at its introduction, the SUV cost $49,895 after a $1,395 destination fee — $500 less than the 2022 price. However, the Nissan configurator shows the 2021 Armada already priced at $50,395, so there’s no change between what you’ll pay for this year’s model or next year’s. Therefore, to keep this simple, we based price differences off the current prices at the Nissan site.

The only tech change happens at the top, the Platinum trim adding one-touch power-folding capability to the third-row seats.

The Midnight Edition carries on into next year, optional on the SL trim only. It’s priced at $1,990 for shading the grille, badges, mirror caps, roof rails, and skid plates. A visual package for the SV trim simply called Appearance runs $2,500, and adding captain’s chairs to the SL and Platinum trims runs $650.

Share
Facebook
Twitter
Pinterest
WhatsApp
Previous articleThis Simple But Effective ‘Positivity Challenge’ Will Completely Change Your Mindset
Next articleExplained: What is Wi-Fi 6E, how will Wi-Fi 6E help you get faster internet and more

Most Kids Newly Diagnosed With ADHD Aren’t Getting Best Care