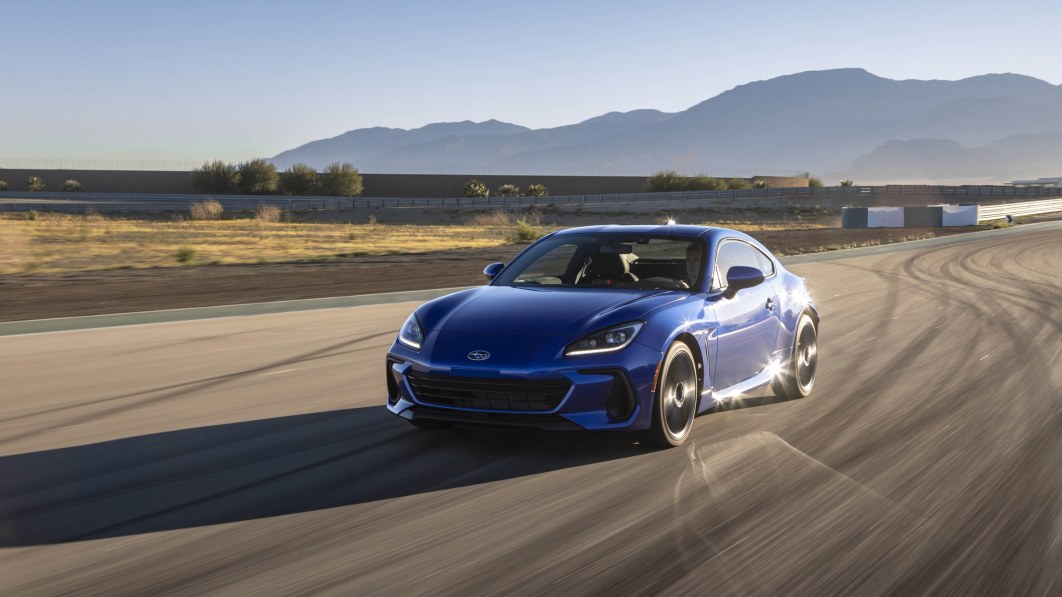 Subaru’s second-generation BRZ made its debut in late 2020 with a bigger engine than its predecessor. It offers more power, which enthusiasts spent years clamoring for, but its fuel economy figures aren’t significantly worse.

In its most efficient configuration, so equipped with the optional six-speed automatic transmission, the 2022 BRZ returns 21 mpg in the city, 30 mpg on the highway and 25 mpg combined, according to the Environmental Protection Agency. Sticking with the standard six-speed stick lowers those figures to 20, 27 and 23, respectively.

For context, the original model posted 24, 33 and 27, respectively, with a six-speed automatic, meaning the BRZ lost a pair of miles per gallons as it entered its second generation. The last-generation stick-shifted model was rated at 21 mpg city, 29 mpg highway and 24 mpg combined. Note that every variant requires premium gasoline.

Fuel economy figures for the second-generation Toyota 86 haven’t been released. They should be very close to (if not exactly the same as) the new BRZ’s numbers. Both cars are again almost identical underneath the sheet metal.

Subaru dealers across the United States will begin receiving the new BRZ in the fall of 2021. Pricing for a Premium model with the six-speed manual starts at $28,955 including the destination charge. The more upscale Limited costs $31,411. Subaru will charge Premium buyers $1,600 for the automatic. Its price is set at $1,800 for the Limited because it includes additional driving aids, like reverse automatic braking and the EyeSight suite of technologies.

Are We Having Enough Sex? A Sex Therapist Explains How To Know