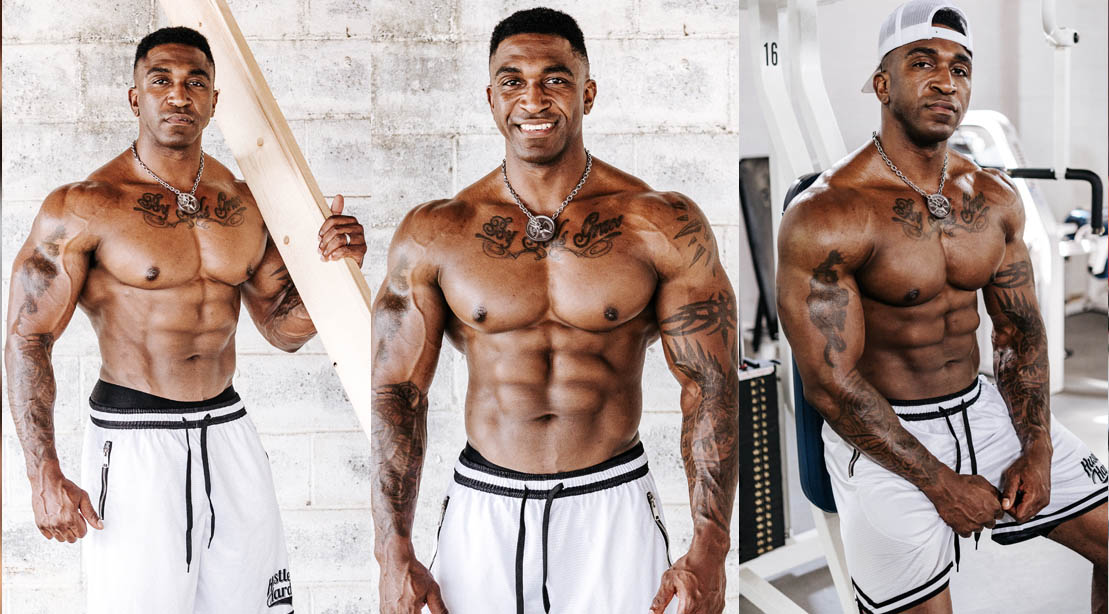 From teachers to financial execs, many competitors in the IFBB Pro League pursue their physique and competition dreams while committing to full-time careers both offstage and outside the weightroom. Ronnie Coleman was best-known early on in his reign as Mr. Olympia for serving as a police officer.

Charjo Grant is just one of many inspiring examples of bodybuilders who are committed to full-time military duties.

Grant was a former outside linebacker at Newberry College who joined his school’s ROTC program while attending on an academic/athletic scholarship. He eventually became commissioned as an oOfficer in the Army National Guard. Having previously been deployed to Kosovo and worked as a logistics officer, he is now a part of the U.S. Army’s Command General Staff Officer College. For Grant, who has served in the military since 2002, he’s the latest member of what he considers a family tradition.

“I have got a long list of people in my family that have served in the military,” Grant said. “Those guys and women played a part in raising me as I was coming up. My dad did a short term in the Army as well. I knew I wanted to be a part of it somehow.” He has served in the military for quite some time, but he made it clear that it is more than a job for him. “I love it,” he said emphatically.

He has received honors in his career, including the Meritorious Service Medal, the Army Commendation Medal, and others. People who serve in the military like Grant take great pride in their commitment. A pride sometimes misconstrued as arrogance. Not so, Grant says.

“Because of our military focus, people may feel that we think of ourselves as being better than them. We’re regular people just like you. We have feelings and we just want to be treated regularly.”

Another aspect of his job that he never takes for granted is maintaining his health and fitness. Grant approaches his workouts and nutrition plan the same way that he does his military service.

“Physical fitness and wellness is very important for me as a service member and as a professional bodybuilder,” he says.
“Being able to maintain high fitness levels on all fronts: mental, physical, and spiritual keeps me in a positive mindset. Mindset is everything,” Grant explained. “As an active-duty officer, I must be ready for anything. Staying fit year-round gives me peace of mind on a daily basis.”

Grant was already training for his own reasons as well as his career, but he decided to pursue a passion to compete in bodybuilding as well. That passion led him to turning pro in the Men’s Physique division. This year’s DC Pro Champion is surrounded by a team of supporters.

“I have a good support system here at home,” he said proudly about his newlywed wife, Angelique Grant. “She’s been great, my three daughters have been very supportive too.” He is also working with coach Omar Ventura, who also works with fellow Men’s Physique competitors Raymont Edmonds and Andre Ferguson, and trainer Dwayne Turner. Together they have their sights set on Grant competing in the Men’s Physique division at the 2021 Olympia in Orlando, Florida.

“Prep is going well. School has been very stressful. I’m going to graduate school, so I’m doing a lot of research. With the diet going up and down with the carbs, every day is an important day, especially since we’re getting down to the wire.”

Win or lose, Grant is humbled knowing that as with all aspects of careers, he gave 100%.

“The level of sacrifice, discipline, determination, patience, and self belief it took me this prep was unimaginable,” he says. “I have great respect for all of the competitors, because I know we all share those similar attributes to do what we do.”

This Supplement Is Like Your Fall Skin Care Starter Pack*