HomeAutomobileConversations with Uber drivers: When fate and an algorithm bring you together
Automobile

Conversations with Uber drivers: When fate and an algorithm bring you together 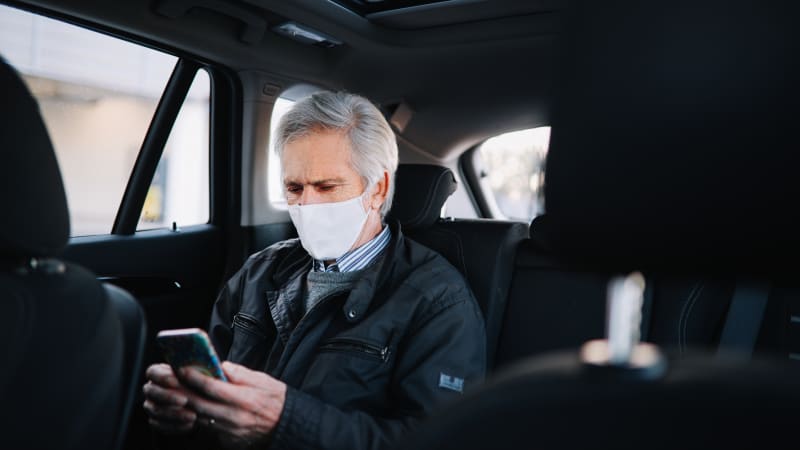 Before the pandemic, rideshares swarmed the roads 24/7, and it was easy to catch an Uber at 5 a.m. But on a recent trip to the airport for the first time since lockdown, it took awhile for someone to show. Dropping my bag in the trunk and masking up, I climbed in and greeted the driver, who was apparently the only other guy awake at that hour.

As we drove, we talked. Karsimi, 25, is a nice kid. He’s from Liberia, here on a visa. He was polite, personable, and spoke perfect English, given it is Liberia’s official language. He enjoys driving for Uber and puts in a young man’s long hours; he had chauffeured people the night before, then caught a few hours of sleep before starting out again early. He spends about $200 on gas per week out of the $1,000 or so that he grosses, which says nothing of other car maintenance costs. Much of what he earns he sends back to Liberia to help support his family, and he is saving up to fly back for a visit someday — he hasn’t been back home since he left five years ago.

We had an easy and wide-ranging conversation, with topics including the American dream as lived by guys like him.

Closing in on the airport, he thanked me for the conversation. “Nobody ever talks to me,” he said. “You wouldn’t believe it. People get in the car, and they just look down at their phone the whole time.”

That seems strange. And sad. Another driver mentioned it to me a few years ago. And in fact, when looking through wire and stock photos to illustrate this post, almost all of them showed passengers engrossed in their phones.

I’m a pretty introverted guy, but I always try to chat with drivers. Many are immigrants, so I’m interested in their stories. Where in the world are they from? How did they get here? What’s their plan? (While complimentary of what gig work offers them, they usually have ambitions for something greater.) And above all: What is it like to leave behind everything you know and everyone you love, to chase this dream of a better life?

Most drivers, it seems, are young like Karsimi, and tell similar stories. One fellow confessed he had learned to drive just two years prior so that he could do Uber — based on his following distances and lane changes, this came as no surprise.

(Here’s where I confess that my interest in chatting has a streak of self-preservation. I’m not comfortable letting other people drive, and would rather watch the road and engage the driver than look down at a cell phone.)

It’s not just a business transaction. You’re a guest in this person’s own car. You’re sharing that space. You depart together, get stuck in traffic together, arrive together. You are on Huck Finn’s raft, headed downriver together.

One driver who was a bit older had a backstory that would humble anyone who heard it. He grew up in Seattle — where he and his family had settled after fleeing Cambodia during the Khmer Rouge’s slaughter of 2 million people. His mother held him aloft as an infant as she waded across a river to make their escape.

Of course, you meet U.S.-born drivers as well. Some have regular jobs and just pick up a passenger now and then when convenient. One fellow spent an entire ride explaining in detail how he had incorporated himself and was claiming everything he did as a business deduction, on top of taking the IRS mileage allowance. He bragged he was getting rich off Uber, which is not something you hear often. (Um, he can’t claim all of that, said a CPA I shared the story with later). But there you go, another guy chasing the dream.

Under normal circumstances, you might not have much in common with a kid from Liberia or a Cambodian refugee. But fate and an algorithm have brought you together. It’s not just a business transaction. You’re a guest in this person’s own car. You’re sharing that space. You depart together, get stuck in traffic together, arrive together. If something were to go terribly wrong, just like any occupants of any car, you could possibly be injured or die together (driving being the most dangerous thing we do in our daily lives.) You are on Huck Finn’s raft, headed downriver together.

It’s not hard to kick off a conversation. Start with what you (and all of us here) have in common: Ask a driver how he likes his car. They’re usually proud of it and take care of it, even if they’re not technically interested in it beyond a means of making a living. The conversation unfolds from there. Nothing about this chitchat is clever, and sometimes, a driver isn’t eager to talk. But usually, they open up. It seems like a lonely gig.

One of our biggest problems as a society — probably the biggest — is that we have seemingly lost the ability to make a connection with people who are different from us. (And in so doing, discover that they are more like us than we thought.) We disappear into our cellphones. We also prefer our tribes, our echo chambers, reading only the news that agrees with us, accepting only the views that reinforce ours. We used to be better at polite conversation. At reaching out. We used to be able to disagree and still be nice to each other, even still like each other. And if we weren’t insular enough already, the pandemic lockdown added a whole new layer of bricks to the wall.

After Karsimi dropped me off, as my flight was pushing back, the pilot came on the public address system and pointedly told us passengers to be on our best behavior, and he reminded us that interfering with flight attendants is a federal crime. Do not touch them, he warned, “They don’t like to be touched.” He was being dead serious. The announcement was clearly a reaction to recent brawls aboard jets; the FAA reported last week that there have been 2,900 midair incidents this year, including one in which a female passenger knocked out a flight attendant’s teeth. Folks, what have we become?

So maybe chatting with our rideshare drivers is one small way of building back our social graces. Drivers, waitresses, delivery men, each encounter is an opportunity to be kind.

Mark Twain, among others, said that travel broadens the mind: “Travel is fatal to prejudice, bigotry, and narrow-mindedness, and many of our people need it sorely on these accounts.” Well, rideshares are the easiest travel there is — you don’t have to go anywhere, you just stand still and they bring the world to you. Maybe you’ll learn something interesting. You’re paying for the ride. But the stories are free.

Over 40 & Low Libido? How To Increase Intimacy, From An OB/GYN

For Kids, Accidental Burns Another Scar of the Pandemic