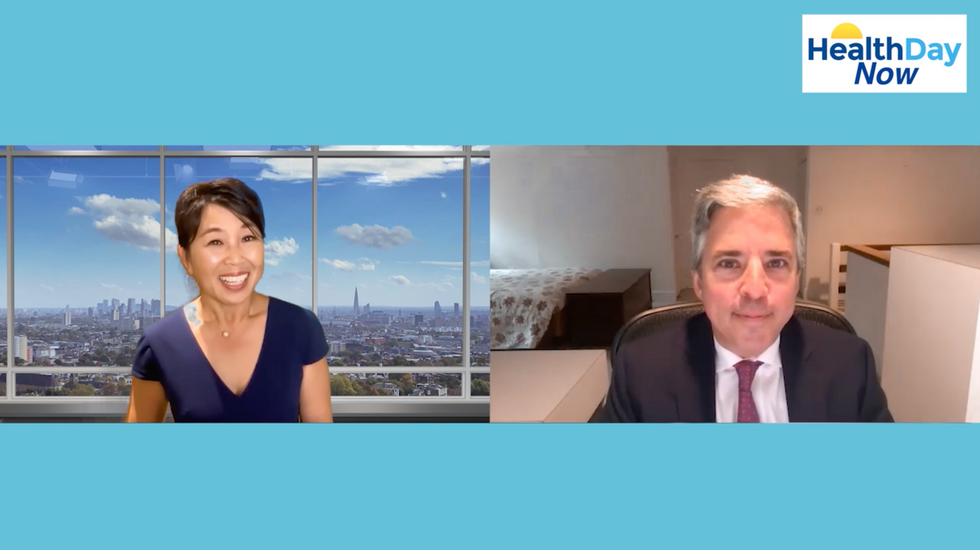 An outside advisor to the U.S. Food and Drug Administration’s review of the controversial Alzheimer’s drug Aduhelm is now speaking out, arguing that the approval was based on dodgy science and involved questionable collaboration between regulators and the drug’s maker.

“I’m not surprised at the controversy because I think it’s a horrible decision. I think the FDA got it wrong,” said Dr. G. Caleb Alexander, a professor with the Johns Hopkins Center for Drug Safety and Effectiveness, in Baltimore.

Alexander sat on an 11-member FDA advisory panel that met in November to review data from two clinical trials related to Aduhelm. Ten of the members, including Alexander, voted against approving the drug; one was uncertain. No one voted yes.

“There are many gray areas to pharmaceutical regulation, and there are many cases where the FDA has to make tough calls,” Alexander now says. “This wasn’t one of them. There wasn’t a lot of gray here. That’s the thing that’s so striking.”

The subsequent approval of Aduhelm (aducanumab), which went against the advisory board’s recommendation, has created something of a firestorm in the usually sedate world of medicine.

Major medical centers like the Cleveland Clinic and Mount Sinai have already announced they will not use Aduhelm, and an inspector general’s review has been launched into the process by which the FDA approved the medication.

Alexander himself is so disturbed by how it all went down that he’s written an editorial that will appear in the New England Journal of Medicine on Wednesday — “Revisiting FDA Approval of Aducanumab.”

“There remains a lot of concern and skepticism among the scientific community as to whether or not this product truly works,” Alexander said in a HealthDay Now interview.

Regulators reviewing Aduhelm ignored their own advisors, changed how the drug’s effectiveness would be measured, worked closely with pharmaceutical industry experts, and even crafted a product label that isn’t as precise as it needs to be, Alexander claimed.

For its part, the FDA continues to defend Aduhelm’s approval, although Acting Commissioner Janet Woodcock has formally requested an inspector general’s independent review of the process.

“The agency did not lower its standards,” the FDA said in written remarks recently provided to The New York Times, “and at no time considered doing so.”

Alexander himself has admiration for the FDA’s work generally, defending the agency overall and saying “it’s too early to know exactly if the FDA takes a permanent hit with respect to its reputation” regarding the Aduhelm approval.

“I do a lot of work for the FDA and I am proud of the FDA. I think they get an extraordinary amount right,” Alexander said. “I’ve seen the high respect and high regard that regulators around the world hold the FDA in. I know the FDA is filled with thousands of outstanding scientists and staff that work tirelessly.”

“I think that’s one of the things that make this case so striking. It’s at such odds with the typically good work and good science that the FDA does,” he continued.

The drug’s maker, Biogen, pressed forward and ultimately won approval for Aduhelm after a re-analysis of two failed clinical trials found a slight clinical benefit to some participants in one of the studies.

But for this approval, the FDA moved the goalposts by which the clinical trial results would be considered, Alexander believes.

The clinical trials had been designed to assess whether Aduhelm actually helped slow or stop decline in brain function among people with mild cognitive impairment or early Alzheimer’s.

However, under an accelerated approval process for Aduhelm, the FDA instead focused on whether the drug was effective at lowering levels of beta amyloid, a sticky protein that forms plaques in the brains of Alzheimer’s patients.

There’s a problem with that, Alexander said: It’s not yet clear that lowering amyloid actually helps ease symptoms or slow disease in people with Alzheimer’s.

“There are many, many experimental therapies that have been discontinued or abandoned that have targeted amyloid,” Alexander said. “Several of these have demonstrated significant reductions in amyloid levels. In nearly all cases, there has been little to any evidence of cognitive gains associated with these reductions.”

“You don’t have to look to other failed experimental therapies to have some doubts as to the suitability of amyloid as a surrogate,” he continued. “The case for aducanumab itself raises various concerns.”

One of the two clinical trials failed to show any clinical benefit, even after re-analysis, while the other found that “one of two groups receiving the treatment had a reduction of 0.39 on an 18-point scale that was only apparent after 18 months of treatment,” Alexander said.

“If amyloid was such a good surrogate, why isn’t there more clear evidence of clinical benefit in the trials?” he asked.


Alexander’s advisory group chewed over this data for a day before deciding it wasn’t enough to approve an expensive new drug. Aduhelm is estimated to cost $56,000 a year per patient.

At the meeting, Alexander said he was struck by an apparently cozy relationship between regulators and Biogen.

“The most striking thing was a jointly prepared review document at the committee. I’ve never seen one of those before. I was quite surprised to come to the meeting and find a briefing that was prepared by Biogen with comments added by the FDA for additional context,” Alexander said.

“The FDA didn’t prepare its own separate briefing document, which was highly irregular,” he said.

During the review session, some at the FDA also referred to a “special work-stream collaboration” with Biogen, Alexander said.

“It was never well-defined exactly what that constituted and how that deviated from FDA’s protocol,” Alexander said. “It was implied there was an unusual collaboration between the FDA and Biogen in moving forward” after the clinical trials failed initially.

The advisory group also was troubled by significantly different versions of the data being presented by different camps within the FDA.

Aduhelm not for all Alzheimer’s patients

“It was hard to reconcile the almost unbridled enthusiasm of the medical review team with the serious scientific concerns expressed by the statistical review team,” Alexander said. “During the day of the meeting, I said it was almost [like] you’re watching TV and the audio and the video are out of sync. I think I used the words ‘strikingly discordant.'”

The FDA plowed ahead and approved Aduhelm anyway on June 7, and the agency has since issued a product label change that Alexander argues is not sufficient to make sure the drug is used appropriately.

The label says Aduhelm is “for the treatment of Alzheimer’s disease,” but it doesn’t stipulate that it should only be used on patients with elevated levels of beta amyloid — the substance targeted by the drug’s action.

“That’s a really important matter because up to 50% of people with mild cognitive impairment and up to 30% of people with a presumptive diagnosis of Alzheimer’s don’t actually have elevated beta amyloid levels,” Alexander said.

As labeled, the drug could be used on patients who wouldn’t be expected to receive any benefit, he stressed.

Alexander also is dissatisfied with the post-market review of Aduhelm’s effectiveness that Biogen must conduct under the accelerated pathway by which the drug was approved.

Biogen has said results from this review won’t be available until 2030.

“I think nine years is a heck of a long time to have to wait in order to understand whether this drug even works,” Alexander said.

He remains hopeful that the U.S. Centers for Medicare & Medicaid Services will require that more scientific evidence be gathered before the federal government agrees to cover the cost of Aduhelm.

Such a requirement could spur quicker clinical data on Aduhelm than that promised from Biogen.

“I don’t think we should put too much stock in waiting nine years to figure out the results of a trial that may or may not address the key scientific and clinical and regulatory matters that, frankly, I believe should have been addressed prior to the product’s approval,” Alexander said.

In the meantime, doctors must gird themselves for difficult discussions with patients and families desperate for an Alzheimer’s treatment and looking to Aduhelm for hope.

“I’m a practicing internist and I have patients with Alzheimer’s disease in my own primary care practice,” Alexander said. “Patients and their loved ones and clinicians are going to have to have some hard conversations going forward.”

“There’s no way around it,” he continued. “There’s no other option than to have this conversation and to discuss the evidence, and those discussions are going to be complicated.”

There also will need to be a gut-check among major institutions about whether to use or cover the cost of Aduhelm.

“The fact that health systems like the Cleveland Clinic have been willing to state that they’re not going to administer this product is just a testament to just how questionable the science is that this product is resting on,” Alexander said. “I think that any major academic medical center worth its salt has to be carefully considering these matters.”

The U.S. Food and Drug Administration has more on Aduhelm.

Your Attention Tanks Under High Stress: A Neuroscientist Says This May Help