HomeAutomobileFord could bring the Raptor-inspired Transit Trail to America
Automobile

Ford could bring the Raptor-inspired Transit Trail to America 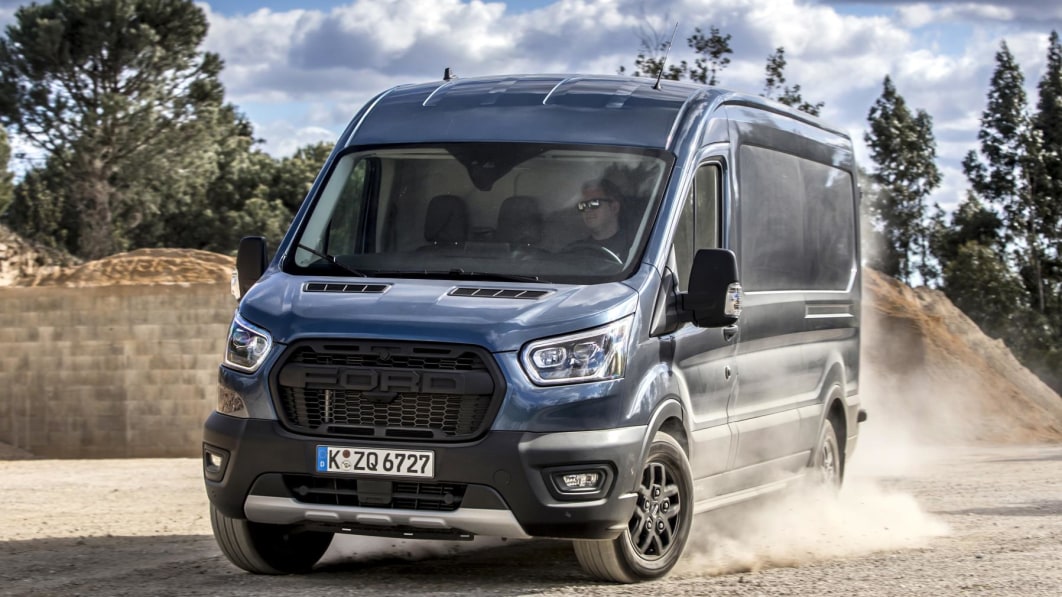 Ford could add a more outdoorsy flavor to the Transit menu it offers in America. Images published by the United States Patent and Trademark Office (USPTO) depict the Transit Trail that’s already available across the pond.

Assigned number D937,360, and first spotted by Motor Trend, the patent was filed by the Blue Oval on April 29, 2020, and granted on August 10, 2021. It protects “the ornamental design for a vehicle exterior, toy, and/or replica thereof,” so it doesn’t necessarily apply to a full-size van, but the image clearly shows the Trail model’s front end.

Ford’s European division unveiled the Transit Trail (pictured) in June 2020 and launched it in several markets shortly after. Visually, the van stands out from the standard Transit with a redesigned grille that features F-150 Raptor-like “FORD” lettering instead of the Blue Oval emblem, black plastic cladding over the wheel arches, and model-specific 16-inch wheels. It’s not purely an appearance package, however. Rear-wheel drive comes standard, but all-wheel drive is available at an extra cost, and it adds two driving modes called slippery and mud/rut, respectively.

Americans can’t order the European transit’s 2.0-liter four-cylinder turbodiesel; they have a pair of 3.5-liter V6s to choose from. All-wheel drive is available here, too, so the Trail wouldn’t be all show and no go. Offering it in America would make sense. Off-roaders (and off-road-looking vehicles) are in hot demand, the Explorer recently jumped on this bandwagon and the Expedition is likely next, and the Trail treatment is relatively simple to implement.

Ford hasn’t announced plans to make the Transit Trail available in the United States. It’s important to keep in mind that a patent isn’t a guarantee that the vehicle, feature or nameplate it details will reach production in a timely manner. Carmakers routinely protect intellectual property to ensure it doesn’t end up in the hands of rivals. If the Trail is indeed headed to our shores, it could join the line-up in the coming months as a 2022 model.

The smaller Transit Custom also received a smidge of Raptor-ness in June 2020. Nothing suggests we’ll see this model (which is positioned between the standard Transit and the Transit Connect) on our shores, however.

COVID Vaccination Does Not Raise Odds of Miscarriage: Study

Number of Teens Who Vape Marijuana Doubled in 7 Years