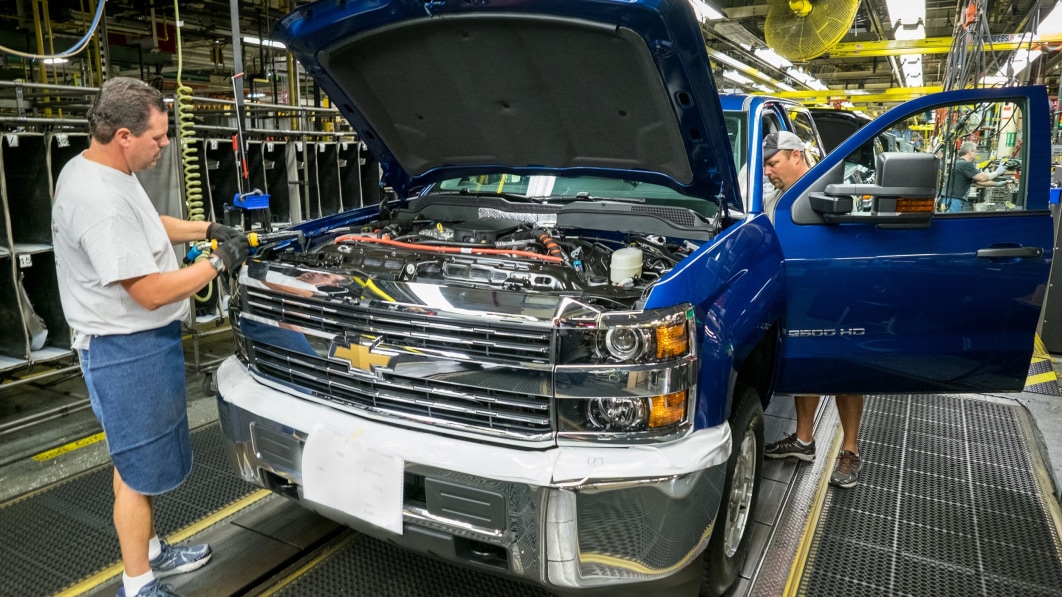 General Motors is considering loosening its drug-testing policy and raising wages in a bid to attract more workers. It has hundreds of temporary positions to fill, but the staffing agencies it works with are struggling to attract people.

The factory in Flint, Michigan, that builds the Heavy Duty variants of the Chevrolet Silverado and the GMC Sierra needs 450 part-time temporary workers. About 600 miles away, the Fort Wayne Assembly factory in Roanoke, Indiana, is looking for 275 part-time temporary workers to make the 1500 versions of the Silverado and the Sierra. Filling these positions is challenging in spite of a national unemployment rate pegged at 5.8% in May 2021.

Some believe General Motors would have better luck filling vacancies if no longer required a drug test.

“When you have a line of people waiting for a job, then it’s OK to test [for marijuana]. But, if you don’t have enough candidates, testing for marijuana might turn people off from applying,” explained Eric Welter, the UAW Local 598 Shop Chairman, in an interview with the Detroit Free Press. He added younger job-seekers are particularly likely to skip an interview if they know they’re going to be drug tested. General Motors generally collects hair samples, which can reveal signs of pot use even if it was consumed several weeks before someone applied for a job.

Michigan is one of the 16 states where Marijuana is legal. California is another, and many companies there have stopped screening for marijuana in recent years. It remains illegal in Indiana, however, even for medicinal use. Contacted by the Detroit Free Press, a spokesperson for the carmaker said the issue is being discussed internally.

General Motors pays hourly workers at least $16.67 an hour, according to the same report. It gives them access to paid health care after 90 days, they’re awarded paid time off after 120 days, and they can apply for a permanent position after two years of temporary work. The tasks are hard, and the hours can be long, so many don’t reach the two-year mark, according to union officials. “You have to start treating people right, improving your compensation and doing something different to attract employees because you’re competing with every major employer in the area. Nobody has workers,” Welter said. He recommends increasing the entry-level pay to over $17 an hour.

Raising wages and eliminating drug tests might not be enough to fill the vacancy spots. General Motors believes part of the problem is that job seekers don’t know it’s hiring, so recruiters are posting openings on social media and holding job fairs. It’s not the only company with spots to fill, and many firms (even those outside of the automotive industry) are in the same boat. Staffing agencies told the Detroit Free Press that they now receive significantly fewer résumés than before the coronavirus pandemic, and that applicants often end up skipping job interviews.

“They are telling us they’re making an average of $16.05 an hour on unemployment, so why would they work for anything less than that? I’ve been doing this for 29 years, and I’ve never seen anything like it,” said Gail Smith, the staffing manager at Snelling Staffing in Roseville, Michigan, a town on the outskirts of Detroit.