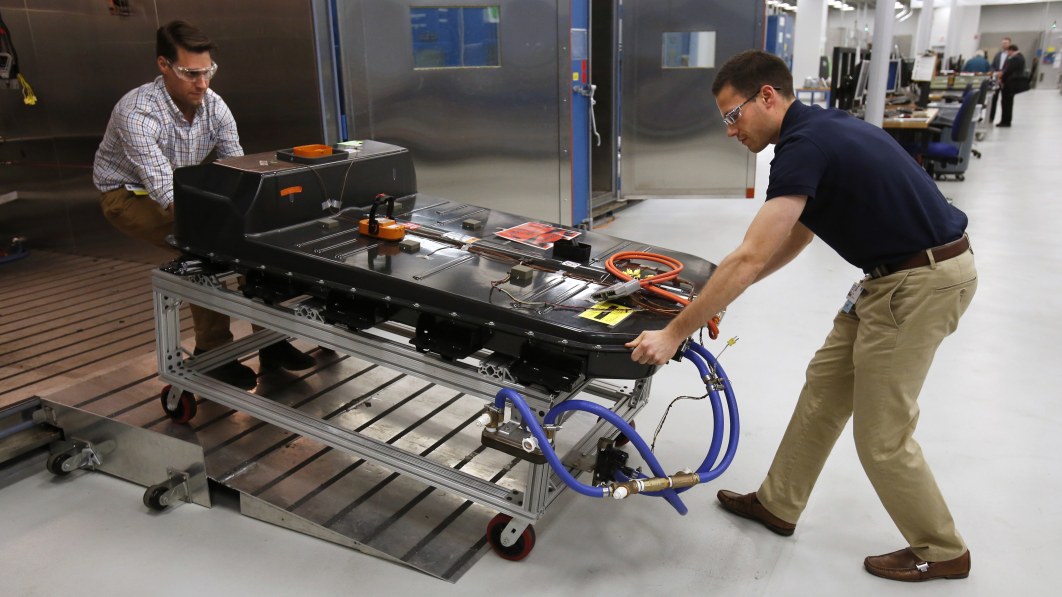 According to Electrek, GM has informed some Chevy Bolt EV owners that it will replace all the modules in their batteries with new ones. This is the latest step the automaker has taken to address issues in some Bolt EV models that make their batteries more likely to catch fire. As the publication notes, GM has recalled the Bolt EV twice in a little over a year before this, and after over a dozen incidents wherein the vehicle went up in flames due to battery-related issues.

GM recalled over 68,000 Bolt EVs back in November and rolled out a firmware update to limit their charging capacity to 90 percent. In July, the National Highway Traffic Administration issued a safety alert in July advising owners of 2017 to 2019 Chevrolet Bolt EVs not to park their cars indoors or leave them charging overnight. That warning came after two Bolt EVs caught fire in the U.S. Finally, in April, the automaker released what was supposed to be the final software fix for the issue. Clearly, that wasn’t able to completely solve the problem, and GM had to find another solution.

Electrek says GM has informed some owners that they’ll be able to start booking appointments on August 23 to have all the modules in their batteries replaced. Owners who go through with the replacement will also get a new 8-year 100,000-mile warranty. That said, Chevrolet will only replace battery modules in Bolts produced within the timeframe GM suspects battery manufacturing defects were present. Based on the vehicles that caught fire, Electrek says GM will likely prioritize 2019 models followed by 2017 and 2018 models. The company will also replace modules for owners who routinely do deep discharges.

GM told the publication that they’re taking this step “out of an abundance of caution.” Further, GM and LG (the battery’s manufacturer) will examine the replaced modules and find their defects. They’ll also try to figure out if they can devise an in-situ detection method that would allow owners to figure out if their batteries are at risk of catching fire.

State Spending on Poverty Really Pays Off for Kids: Study