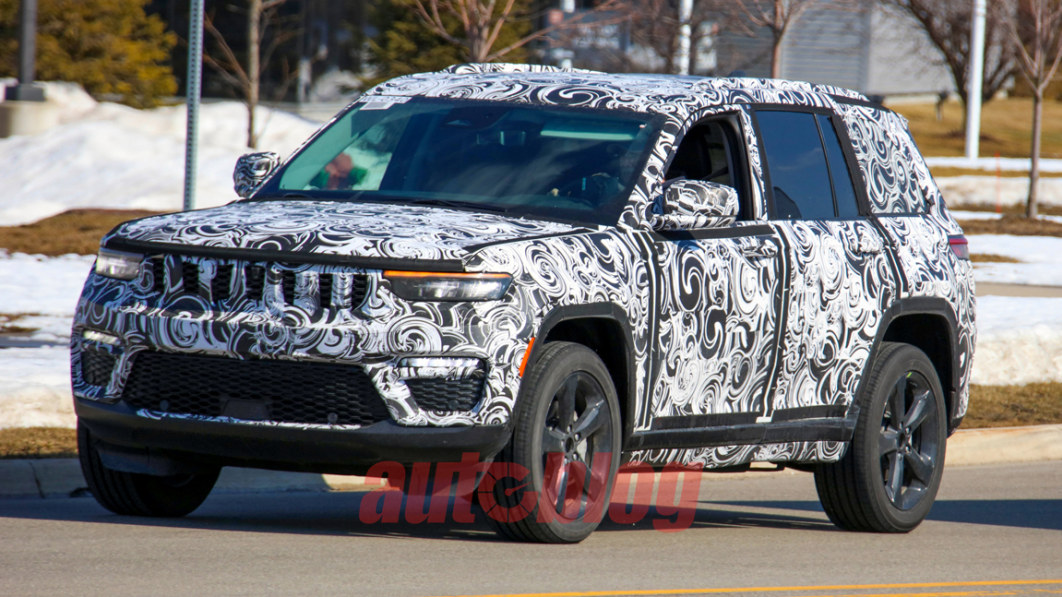 Due to the most recent attempt at a New York International Auto Show being canceled, the all-new two-row 2022 Jeep Grand Cherokee got robbed of its public debut. Mopar Insiders reports that the show will go on nevertheless, the outlet’s dealer contacts saying Jeep has opened the gates to dealer orders for three trims of the 2022 sport ute. The first is the middle Limited trim in 4×4 guise, coming standard with the 3.6-liter Pentastar V6. If the mill sticks to the formula used on the Cherokee L, output will be 290 horsepower and 257 pound-feet of torque. This trim is said to include the optional Entertainment Group that upgrades to a 10.1-inch Uconnect 5 infotainment screen, available on the Grand Cherokee L for $995, and the Dual-Pane Panoramic Sunroof available on the Grand Cherokee L for $1,795. A Lux Tech package is also included, this combining familiar features like rain-sensing wipers and wireless phone charging with newer features like a 360-degree camera.

The second model open for ordering is the top-trim Summit Reserve 4×4, which comes with the 5.7-liter Hemi V8. On the Cherokee L, that engine produces 357 horsepower and 390 pound-feet of torque. The Summit Reserve throws in a slightly different Lux Tech package than the one mentioned above, installing wireless phone charging and rear window sunshades. An Advance ProTech Package gets fitted, too, going all-out with tech such as a heads-up display and night vision with pedestrian and animal detection.

The third option will be the Summit Reserve 4xe. Moper Insiders says this gets the same Lux Tech and Advance ProTech Package as on the Summit Reserve, plus the 10.25-inch Passenger Screen from the Wagoneer Series III and Grand Wagoneer models. As MI describes it, this effectively becomes a second infotainment screen for the front passenger’s use, overlaid with a privacy filter to keep from distracting the driver. The passenger can use this screen to mirror a smartphone and gain more display real estate when using apps. The dealer sources say the hybrid model will use a setup like that in the Wrangler 4xe, being a turbocharged 2.0-liter four-cylinder shifting through an eight-speed automatic, but Jeep hasn’t even told its dealers what the actual specs will be.

Initial colors are said to be the same as those now offered for the Grand Cherokee L: Baltic Grey, Bright White, Diamond Black, Silver Zynith and Velvet Red.

Production of the non-hybrid 2022 Jeep Grand Cherokee codenamed WL74 is scheduled to commence on September 27 at the Detroit Assembly Complex, Mack Facility, the 4xe trim starting down lines a month later.

Share
Facebook
Twitter
Pinterest
WhatsApp
Previous articleThe entrepreneurs to whom the sharks of Shark Tank Mexico said: ‘it’s great, but it doesn’t go with my image’
Next articleFord could bring the Raptor-inspired Transit Trail to America