HomeBusinessJeff Bezos Isn't Actually an Astronaut, According to the FAA
Business

Jeff Bezos Isn’t Actually an Astronaut, According to the FAA 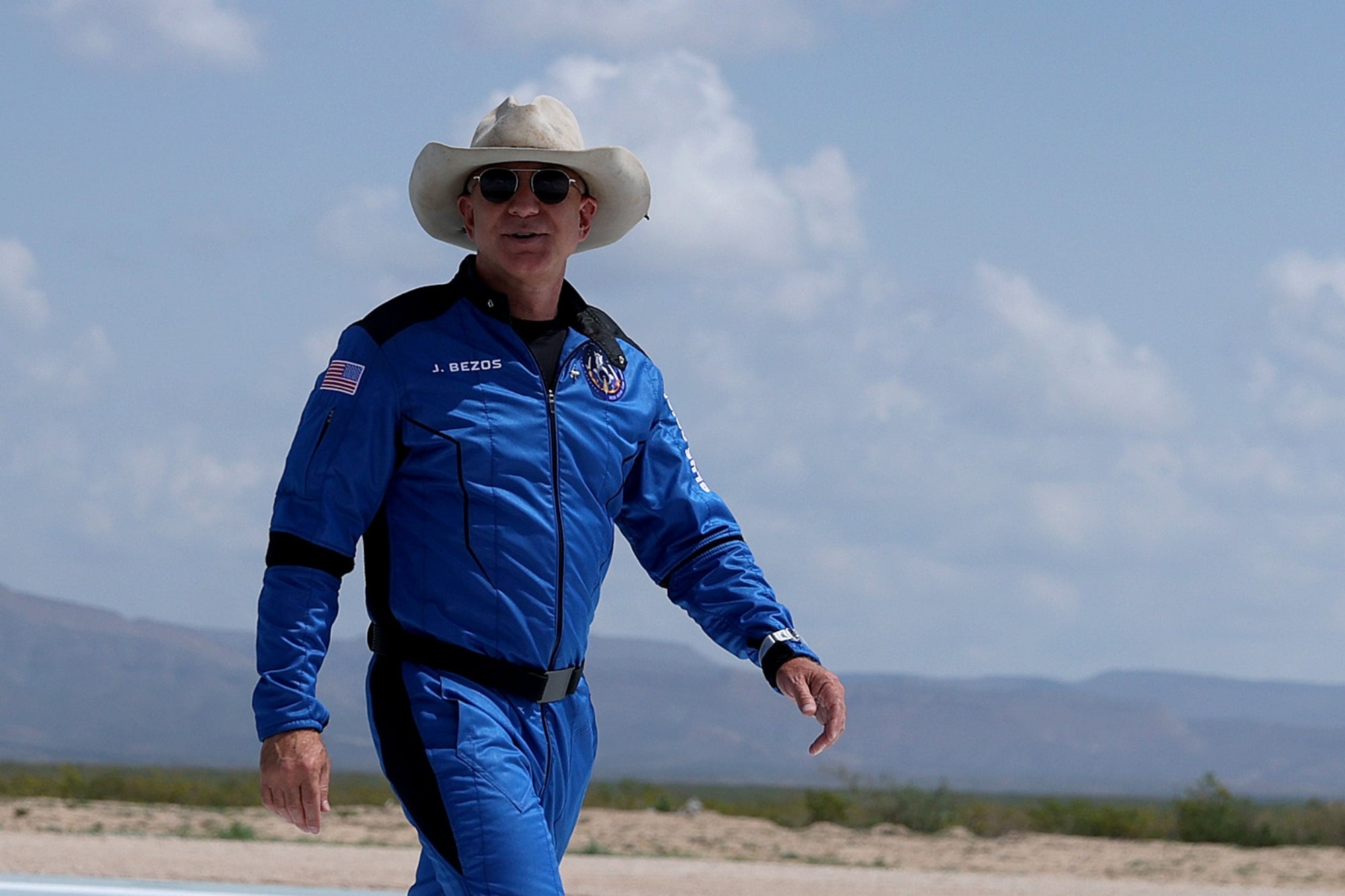 Four crew members of the New Shepard were referred to as the “the newest international astronauts” several times during the post-mission press conference.


Jeff Bezos made history July 20 when he rode on the first fully crewed flight for his space exploration company, Blue Origin, which symbolically took place on the 52-year anniversary of the Apollo 11 moon landing.

Upon the crew’s successful landing, all four members were pinned with the coveted and highly-regarded astronaut wings by former NASA astronaut and senior director of safety and chief of mission assurance at Blue Origin, Jeff Ashby.

The four crew members were referred to as the “the newest international astronauts” several times during the post-mission press conference, but according to new rules by the Federal Aviation Administration, it looks like that might be far from accurate.

Per a July 20 order by the FAA, titled the “FAA Commercial Space Astronaut Wings Program,” a new clause states that in order to qualify as an astronaut, space explorers must have “demonstrated activities during flight that were essential to public safety, or contributed to human space flight safety.”

Seeing as Bezos’ 10-minute flight was commercial and explorative in nature, this would technically mean that he is not an astronaut.

Of course, there has been much debate about this seeing as many astronauts deem reaching “space” as crossing the Karman Line, which is about 62 miles into the atmosphere (Bezos and crew crossed this threshold around eight minutes into their flight.)

Fellow billionaire Richard Branson, who flew into space before Bezos via his own space exploration company, Virgin Galactic, would also technically not be considered an astronaut according to this new set of rules.

“It’s okay if you want to call it ‘space,’ because average humans haven’t gotten there before, and it’s a first for you. That’s why it takes eight minutes to get into orbit and three days to reach the moon,” astrophysicist Neil deGrasse Tyson said of Branson’s trip. “That is actually space travel. So I don’t see it as ‘oh, let’s go into space’. No. What you are going to have is a nice view of the Earth.”