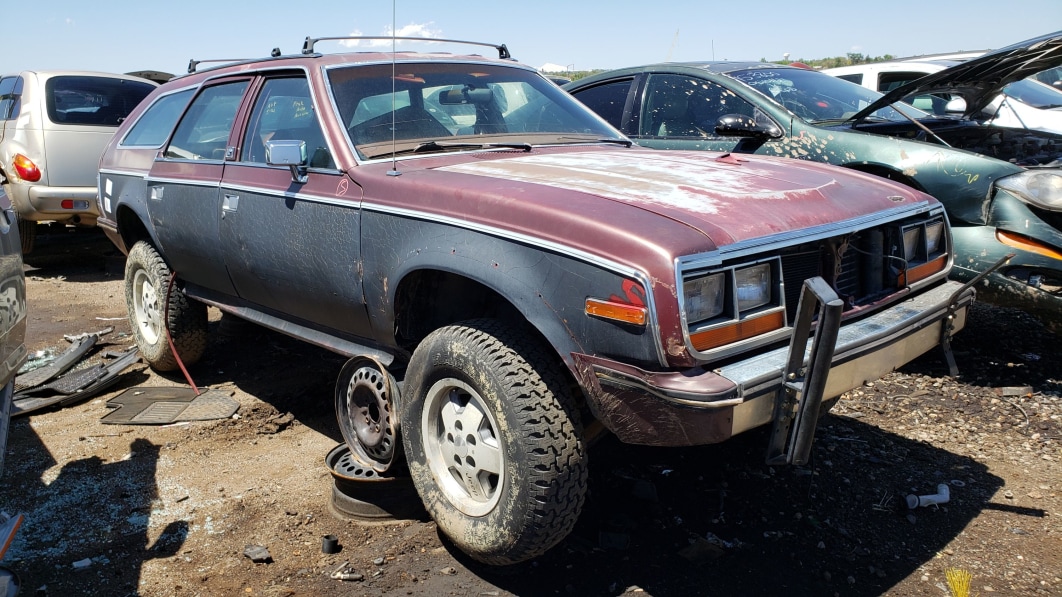 After a bailout by the French government failed to revive the American Motors Corporation during the first half of the 1980s, Lee Iacocca whipped out the Chrysler checkbook and bought the company in 1987. What he really wanted out of the deal was the iconic Jeep brand — some things never change — but Chrysler also obtained the technologically advanced Premier (which provided the chassis used for the big-selling 1993-2004 LH series of cars), the PowerTech engine family … and the AMC Eagle, arguably the first crossover utility vehicle.

The Eagle began life as an lifted AMC Concord equipped with a revolutionary new four-wheel-drive system, a no-driver-brains-required rig that we’d call all-wheel drive using today’s terminology. The first Eagles were sold for the 1980 model year, a decade before large numbers of Americans really figured out that the benefits of all-wheel drive were worth having in cars. Audi started selling the Quattro all-wheel-drive system in 1981, followed by Toyota’s All-Trac and others later in the decade, but those engineers from Kenosha led the way. 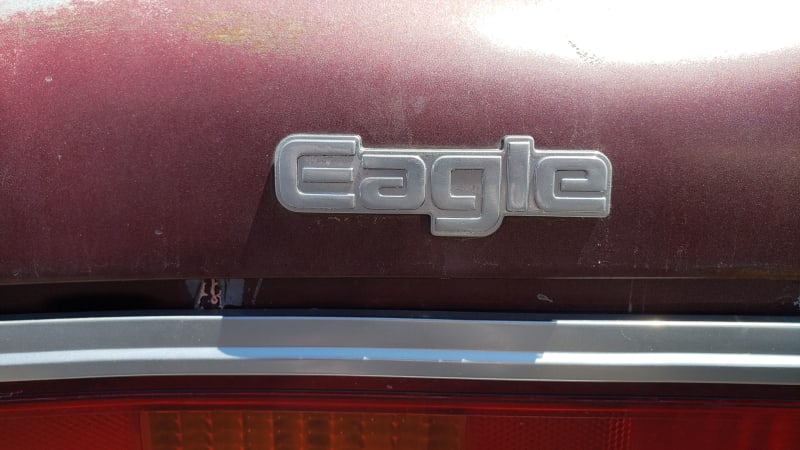 Eagles sold well enough, mostly in wagon form (though coupes and hatchbacks and sedans were available for a time), but they swilled fuel and looked funny. It took Subaru to crack the AWD wagon code and start selling such cars in huge quantities (starting in the 1990s; before that, Subarus had manually-selected four-wheel-drive). 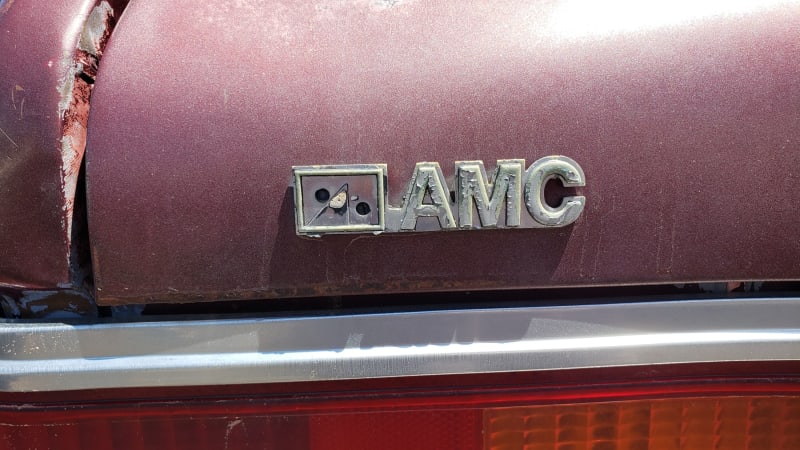 By the time Chrysler took ownership of AMC, a bunch of 1988-model-year Eagle wagons had already been built. Iacocca didn’t want to keep the Eagle car in production, but the marketers thought the Eagle name would be just perfect for a new marque. For 1988, the Eagle brand consisted of three ex-AMC/Renault models: the Eagle Medallion (a Wisconsinized Renault 21), the Eagle Premier (which, as mentioned earlier, proved an engineering gold mine for Chrysler in subsequent decades), and the Eagle Eagle Wagon. Chrysler kept the Eagle marque in business through 1998, mostly on Mitsubishi-designed models but also on the Premier-related Vision. 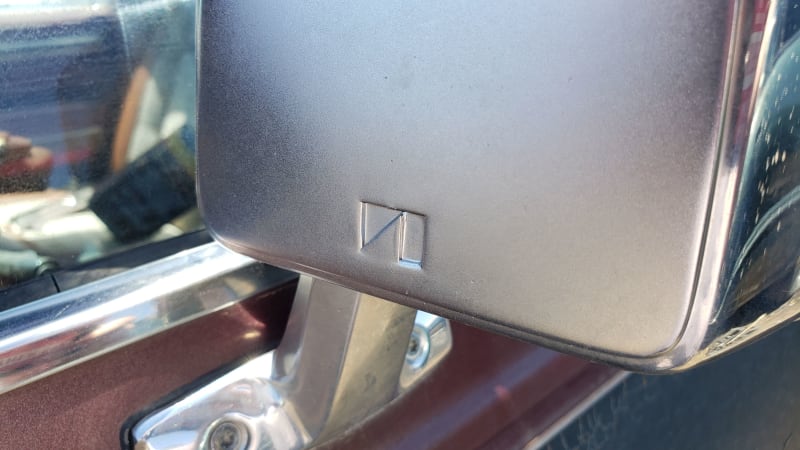 Sure, nobody at Chrysler wanted to go to the hassle of prying off the AMC badges and mirrors from a couple of thousand new ’88 Eagle Wagons, but these cars were — legally speaking — Eagle Eagles. It appears that Chrysler managed to dodge — get it? — being forced to use the “Eagle Eagle” name in any marketing materials, but this car will always be the Eagle Eagle to me. 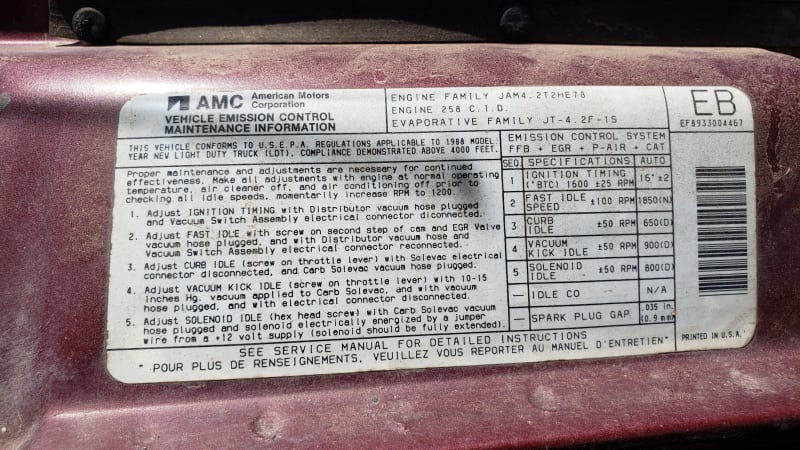 Not only that, but this particular ’88 Eagle Eagle is a high-altitude-certified version, sold in places such as Colorado and Wyoming. Very rare, but not particularly valuable. 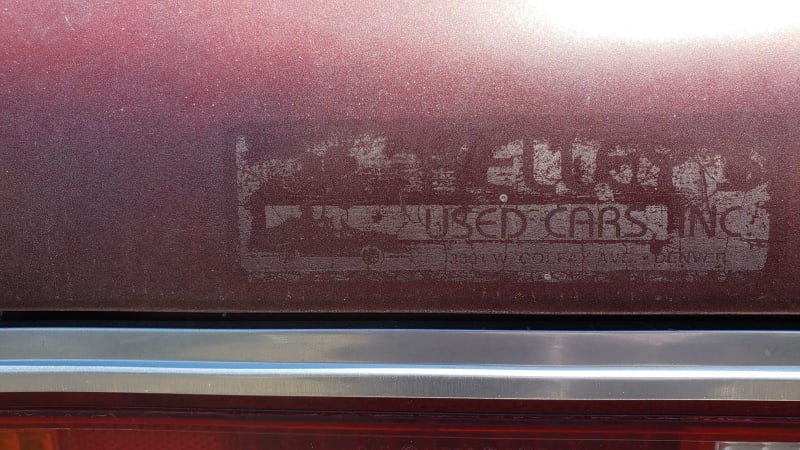 Sold used on West Colfax in Denver at some point, just a few miles from the location at which it shall face the cold steel jaws of The Crusher. 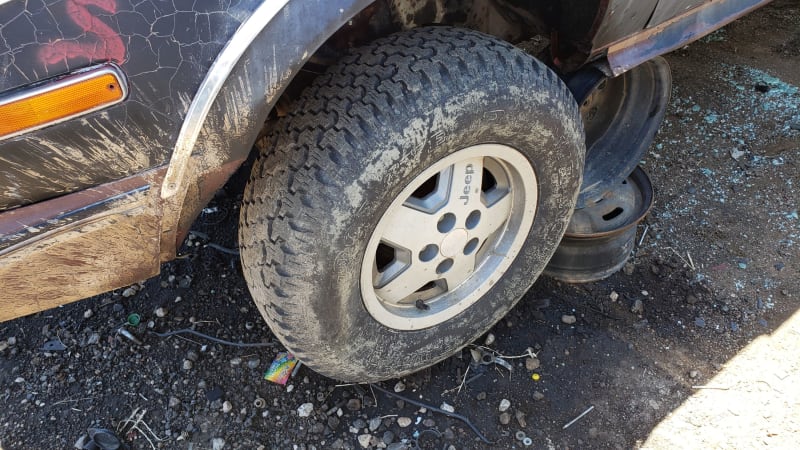 Someone gave it a few inches of extra lift and Jeepified it with these wheels before the end. 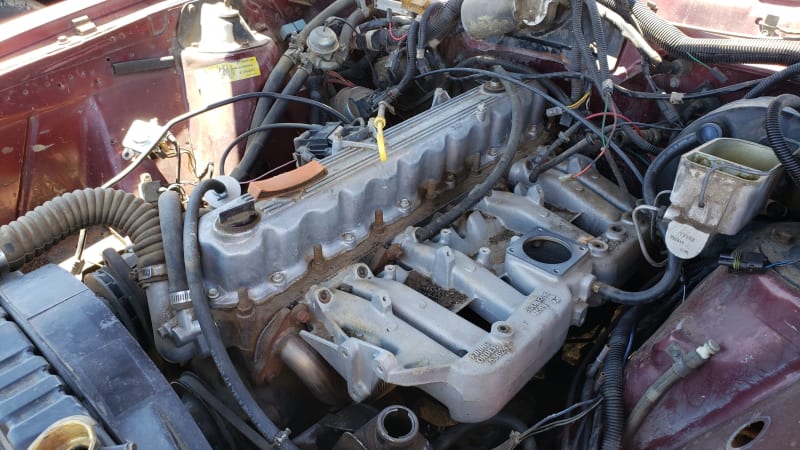 All 1988 Eagle Eagle Wagons came with the 258-cubic-inch version of the AMC straight-six engine, rated at 112 horsepower, but this Eagle Eagle has been swapped with a fuel-injected 4.0-liter version from a late-1990s Jeep Cherokee. A lifted 193-horse Eagle Eagle must have been fun in the mud! 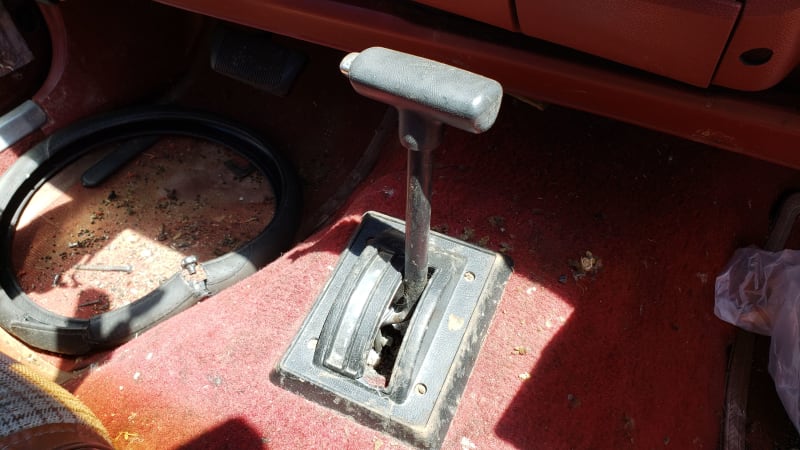 It’s an automatic, like most later Eagles, but that’s acceptable with a 4.0 swap. 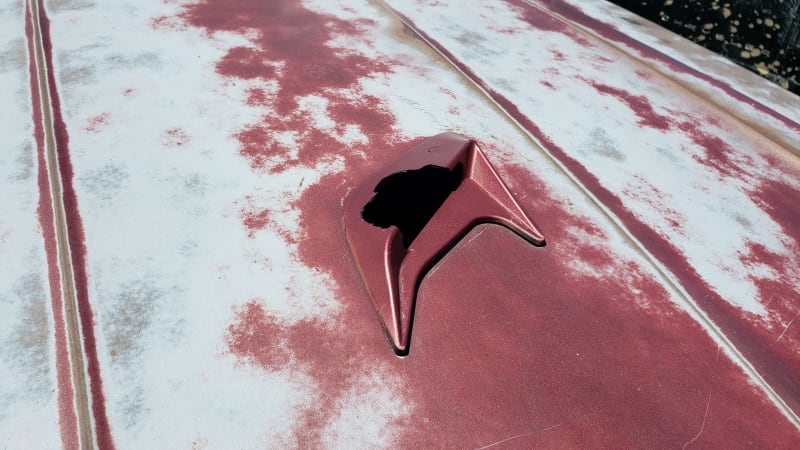 I’m not sure what junkyard car donated this hood scoop, but it goes through a hole cut in the metal below and we can assume that it fed cold air to the throttle body. 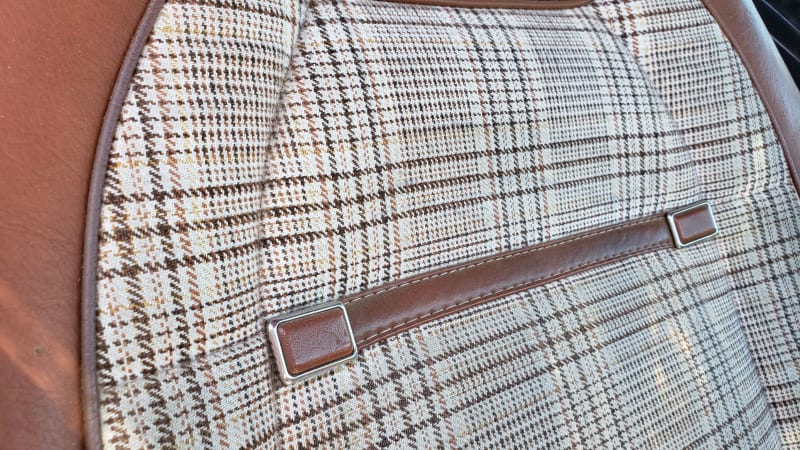 Even though the 1990s were approaching fast, this style of 1976-Wisconsin-supper-club seat fabric remained in the Eagle until the very end. 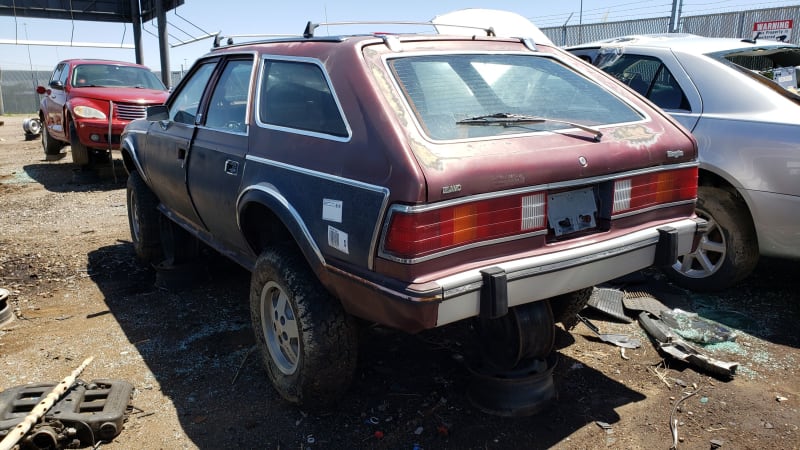 Why did a non-rusty Eagle Eagle Wagon with hot-rod engine swap end up in a place like this? Colorado is still full of Eagle Wagons in nicer condition, at reasonable prices, and so this one couldn’t find a forever home after it broke, got towed away for parking violations, or got traded in. The same thing happens to plenty of nice old Subarus here, for the same reasons.

Let’s go back to the optimistic days of the first-year Eagle wagon. A lot of things happened to American Motors between the time of this commercial and the Eagle Eagle Wagon, most of them not so good.

Are Breast Self-Exams Necessary? The Answer May Surprise You

How to Sleep Better During the Pandemic