Let Out Your ‘Animal’ Instincts with these Bodyweight Moves 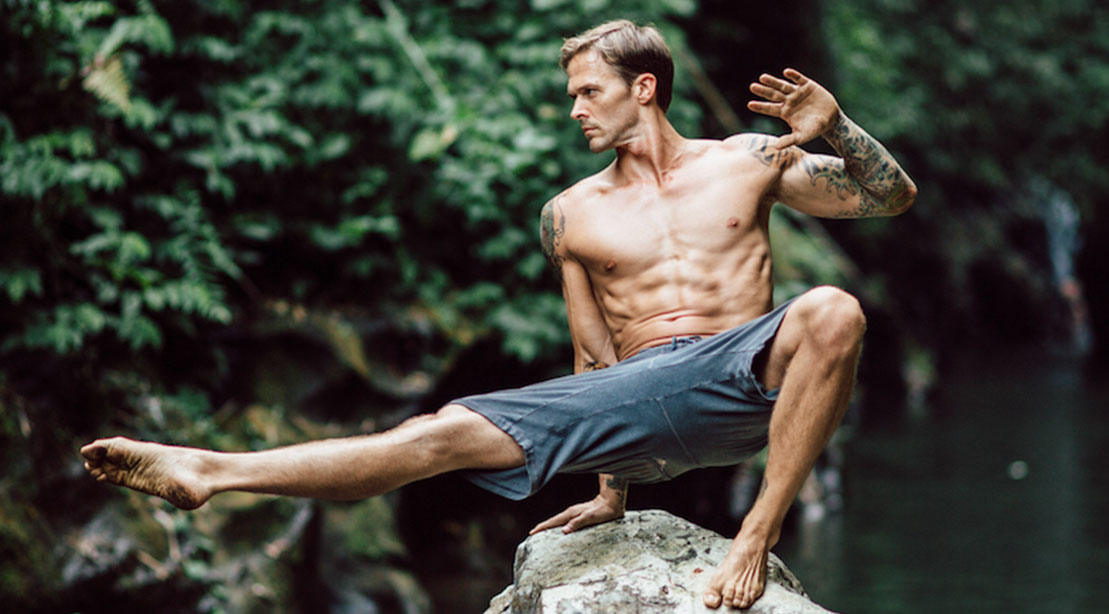 If you are looking to switch up your exercise routine and try something new and challenging, bodyweight moves and calisthenics could become an important part of your overall training plan. As we age, many athletes and gym goer’s find that lifting heavy weights can be tough on the joints, so they become open to viable alternatives for staying shape. But even if you are still pumping iron like a 21-year-old, you may well benefit by incorporating bodyweight moves into your weekly schedule.

Mike Fitch, a fitness educator and movement coach and creator of Animal Flow explains how individuals of all abilities can implement bodyweight training and improve their longevity.

Start Anywhere With These Bodyweight Moves

If trying something new at the gym fills you with anxiety, you can be reassured that bodyweight training can be added to the mix from home and is great for burning calories in the park, or even in a hotel room during a working trip. “You’re already in the most sophisticated exercise machine of all time! Who needs a gym?” says Fitch.

He believes that there is no need to decide between a regimen that involves weights or a plan that involves bodyweight exercises. “I typically don’t suggest that everyone make a complete switch from loaded training to bodyweight training, but instead begin to incorporate bodyweight moves into your pre-existing workouts,” he says.

Start on all fours and position your shoulders directly above your hands. Hips should be over the knees. Raise your knees an inch from the ground. Slowly lift your left foot and the right hand a little off the ground. Then repeat by switching positions on the opposite side.

“Movement-focused bodyweight training can certainly improve mobility and flexibility,” says Fitch. “The reason being that movements that are more three-dimensional, and work within end ranges of motion, will have a higher carryover.”

Crab activation is the second activation position in Animal Flow, along with beast. They are essentially the first step to waking up the body and letting it know that the mind and muscles will need to communicate with each other. In crab, start in a seated position and raise your glutes a few inches from the floor, stabilizing yourself with your hands and knees.

From the crab activation position, bring your right hand up and rotate it, so that it is side-on and you can see past either side of the hand with both eyes. Using your feet to drive down against the floor, raise your glutes, rotate the right shoulder and raise the right hand. This creates a three-point bridge meaning that the hips are open with both feet down and that there is stability from the shoulder through to the supporting arm.

From there, use your raised hand as a spotting target, moving the hand over toward the ground and following it with your eyes. The arm will frame the head, finger tips downward. From there, return to the crab activation, and perform on the opposite side.

Crab reach may seem like an advanced move for beginners. If this is the case, try practicing the three-point bridge first, and you will be able to master the whole process with time.

For those who want to make the crab reach more challenging, “it’s all about positioning, lever length, single-limb training, and tempo,” Fitch says. “I need to change my relationship with gravity to make the exercise harder. For example: if I’m performing a pushup with my hands on the wall, the effort is low. In contrast, if I progress to placing my hands on a bench and eventually on the floor, then I’m changing my relationship to gravity, making the exercise harder.” He points out that moving from a double-limb bodyweight exercise to performing the same move with a single limb is a great way to make it more taxing. “A single-arm pushup, single-leg squat, and single-arm pullup will be much harder than their two-arm counterparts.”

Another way to make a bodyweight exercise more strenuous is to simply slow it down. “Slower tempos increase time under tension, which can recruit more fibers and increase the load on the tissue”, says Fitch. Bodyweight workout systems such as Animal Flow are great for conditioning and recent studies suggest that they are beneficial for our range of motion in the hips and shoulders and for whole-body stabilization, which is of paramount concern as we age.

“In my opinion, bodyweight training is the most important training that older people should be practicing,” says Fitch. “The reason is that learning how to manage our own body may be lifesaving. Bodyweight training for older adults is great when it has a functional focus. For example: getting from the floor to a standing position, then squatting down to do it over again for reps. Also, regressed crawling patterns are excellent for older populations as these movements stimulate brain and body coordination”.

So, whether you are making a long-awaited return to physical exercise with this user-friendly discipline, or you’ve decided to blend this in with your existing fitness program, there are many positive results to be had from calisthenics.

Right Amount of Sleep May Be Important in Early Alzheimer’s

This One Variation Makes Exercises Twice As Effective — Here’s How