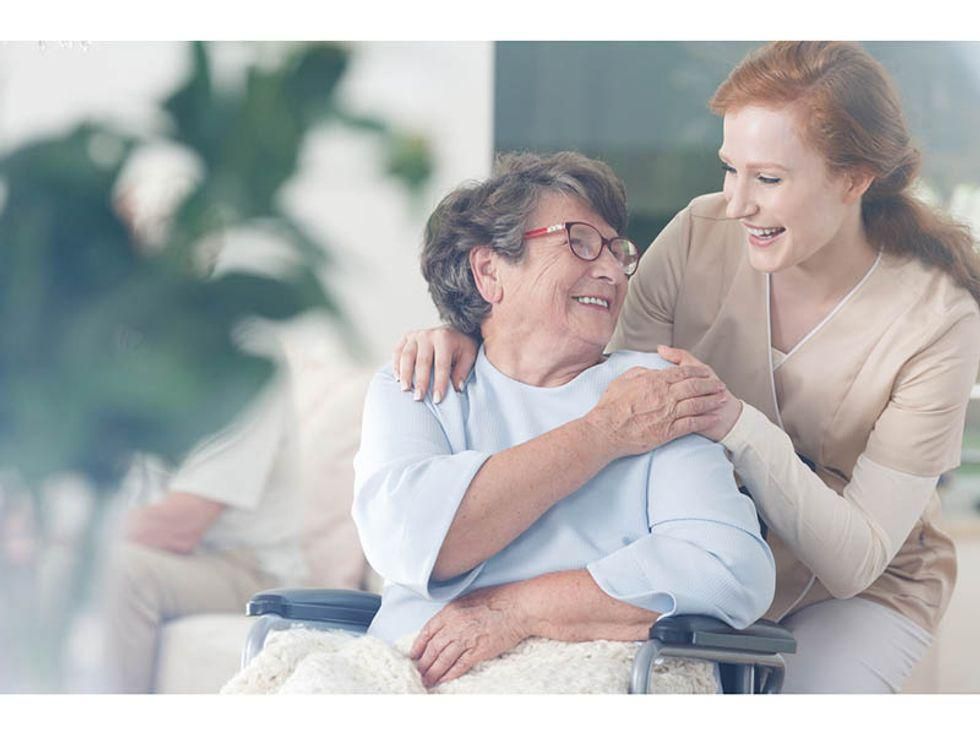 According to a pair of small new studies, exposing Alzheimer’s patients to an hour a day of carefully modulated light and/or sound appears, over time, to slow down the telltale brain degeneration that typifies disease progression.

How? By bolstering and reinforcing a particular type of rhythmic brain wave pattern — called “gamma waves” — which are known to diminish in power among patients battling Alzheimer’s.

Tsai is director of the Picower Institute for Learning and Memory at the Massachusetts Institute of Technology. In 2016, she was among a team of researchers who first pioneered testing of this sensory stimulation technique — nicknamed “GENUS”– among mice.

That earlier effort yielded encouraging results. After exposing mice with Alzheimer’s to visible light flashes at a frequency of 40 Hz, the animal study team found they were able to cut down amyloid beta plaque levels in the brain’s visual cortex region.

Amyloid plaque buildup in the brain has long been considered a key sign of Alzheimer’s. The specific light flash frequency deployed in the study was designed to match the natural frequency sweet spot of gamma brain waves.

The two new investigations set out to see whether that initial success with mice could be replicated in people.

One was led by Dr. Diane Chan, a neurologist and postdoctoral clinical fellow at MIT, and a member of Tsai’s lab.

Chan and her colleagues enlisted 15 patients diagnosed with mild Alzheimer’s. Over a three-month period, part of this group was given equipment to self-administer a daily bout of carefully patterned and synchronized light and sound. Each daily session for this treatment group was an hour in length.

As a point of comparison, the other patients were exposed to daily “sham” sessions of constant light and white noise.

Three months out, brain scans revealed that brain wave potency improved in the treatment group, while signs of Alzheimer’s-related brain degeneration slowed. The treatment group also performed better on subsequent face and name recognition tests, with no notable side effects.

The second study was led by Mihaly Hajos, a neurophysiologist and professor adjunct at Yale University School of Medicine, and chief scientific officer at Cognito Therapeutics, Inc. in Cambridge, Mass.

Hajos and his colleagues worked with 74 mild-to-moderate Alzheimer’s patients. For six months, half the patients underwent similar one-hour daily 40 Hz audio-visual exposure sessions. The other half underwent daily sham sessions.

This team determined that while brain degeneration linked to Alzheimer’s did continue to unfold among the treatment group, it did so at a 65% reduced rate when stacked up against the non-treatment group.

Both studies were presented Monday at the Alzheimer’s Association annual meeting, being held online and in Denver. Such research is considered preliminary until published in a peer-reviewed journal.

Tsai cautioned that since both investigations involved small groups of patients, more and larger studies will be needed.

Rebecca Edelmayer, senior director of scientific engagement at the Alzheimer’s Association, was not part of these studies, and suggested that the exploration of “outside-the-box ideas” of this kind is to be welcomed.

“It is encouraging that we are now seeing Alzheimer’s treatment and prevention studies that incorporate a variety of approaches,” she noted, “including traditional drug therapies, lifestyle approaches, and non-drug therapeutic elements such as were used in these studies.”

At the same time, Edelmayer stressed that as a “relatively novel concept,” light and sound therapy is not yet ready for prime time, and “much more research will still be needed to inform whether this could be a safe and effective approach for treatment.”