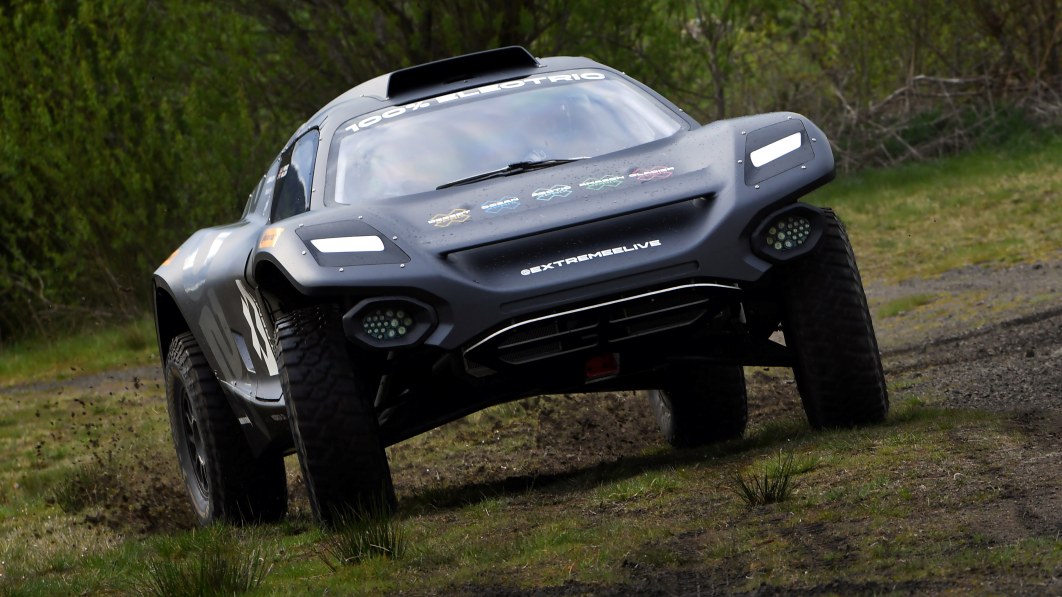 LONDON — McLaren will add an Extreme E team to their Formula 1 and Indycar operations next year in a major boost for the newly launched electric off-road series (another team’s car is pictured above).

McLaren Racing chief executive Zak Brown told reporters he expected the involvement to be “commercially positive” from the start.

McLaren would mostly use existing personnel for the team, but not from Formula 1.

McLaren will be the 10th team signed up to the five-race series launched by Spaniard Alejandro Agag, who also founded the city-based Formula E championship, with two more slots still available.

“The McLaren news is a major, major boost for Extreme E,” Agag told reporters in a video call.

The team will be entered by McLaren Racing, rather than the automotive side whose current model range focuses heavily on petrol-engined supercars.

Other manufacturers involved in Extreme E – Seat’s Cupra brand, Hummer and Lotus – have an electric model or product range to promote but McLaren have in the past ruled out making an electric SUV.

“I wouldn’t want to speak on their behalf,” Brown said when asked whether that approach might change. “This is a McLaren Racing effort solely.

“Of course electrification is very important to the automotive group … (but) it’s not an indication one way or the other as to Automotive’s position on SUVs.”

Brown said a possible involvement in the World Endurance Championship (WEC) and Formula E remained under review until later in the year.

Extreme E aims to raise awareness about climate change and promote sustainability by racing electric SUVs in remote and harsh environments, with a former mail ship used to transport cars between locations.

Brown already has an involvement through his United Autosports, which co-owns a team with Andretti Autosports, but the American said he was a “silent partner” in that.

He said McLaren’s move would give the Bahraini-owned company a broader offering for sponsors.

Embark Beyond Partners With Health Tech Firm for COVID Testing