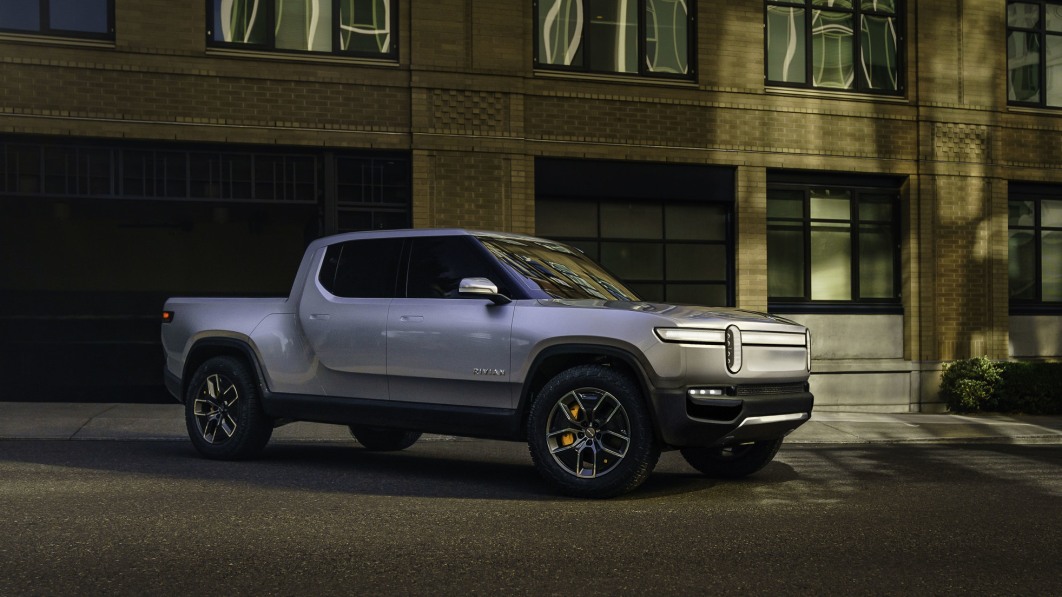 On the sidelines of the New York Auto Show back in April 2019, Rivian CEO R.J. Scaringe told Bloomberg his company planned to launch six products by 2025. One of those products, a result of the EV maker’s Amazon tie-up, is “not necessarily a vehicle,” yet the article noted later that the outfit’s Normal, Illinois factory “will make the half-dozen different pickups and SUVs of varying sizes.” The Rivian Owners Forum has discovered six new trademark applications filed July 23 with the U.S. Patent and Trademark Office. They requested to reserve the names R3T, R4T, R5T for what would be pickups according to Rivian’s naming scheme, and R3S, R4S, and R5S for what would be SUVs or crossovers. We suppose these will be smaller, less expensive models in their respective lineups, seeing that the R1T starts at $69,000 and the R1S at $72,000. We don’t know for certain, though.

If you’re wondering about the missing digit, Rivian sent applications to corner the number two back in 2018 and 2019. Those filings cover the expected Rivian 2T and Rivian 2S, as well as a Rivian 2A, Rivian 2C and Rivian 2R, plus a Rivian 1A. Where those might be applied is a mystery, and it’s interesting that these earlier submissions have “Rivian” spelled out, whereas this month’s submissions requested the shorter alphanumerics. What we do know is that the company recently raised another $2.5 billion, taking its total outside funding to about $10.5 billion. That money will be spent on these coming products and a massive new U.S. factory the firm’s currently scouting locations for, which will be responsible for vehicle and battery assembly.

The clerks at the USPTO are sorting through a number of other Rivian plans outside of vehicles, too. Last month saw applications for a first aid kit, a travel reservation service, a vehicle rental and winch-out roadside assistance service, a filing that covers everything from “a navigation apparatus” to measuring spoons and weatherproof electrical adapter covers, and two “Hello Rivian” requests, one for clothing, the other for entertainment and educational services. As with a batch of other Rivian-branded gear, these all seem geared toward the outdoorsy owners Rivian’s designed its products for, assuming any of the filings go beyond the paperwork stage.

Share
Facebook
Twitter
Pinterest
WhatsApp
Previous article‘Here purely vaccinated, and those who are not ALV!’, The colorful campaign of Aguascalientes to encourage young people to get vaccinated
Next articleThe great resignation: the revolution of the employees in search of labor flexibility