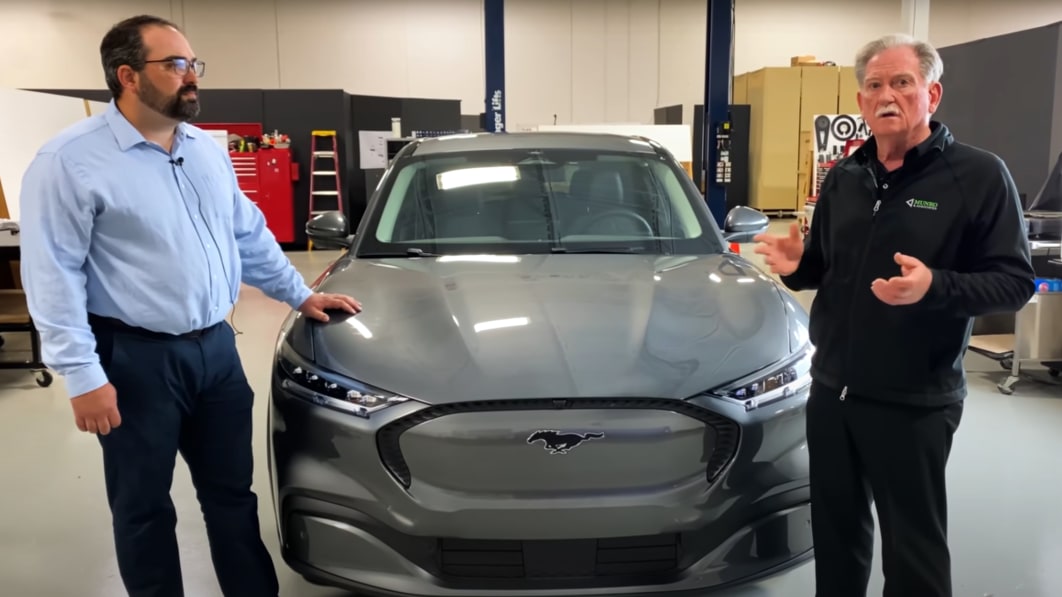 Former automotive engineer turned consultant Sandy Munro and his firm have gotten their hands on a 2021 Ford Mustang Mach-E for a long-term look under the skin (and just about everything else). In addition to his consulting, Munro runs a YouTube channel where he and his team tear down new vehicles to see how they were put together in the first place. Lately, he’s been focused on the current generation of electrics, including the VW ID.4, various Teslas and, of course, the Mach-E.

In a recent underbody walk-around video, Munro told viewers that he planned to purchase a Mach-E for a full tear-down treatment; this is it. Unfortunately, his team is waiting on an outside team to help with an analysis of the powertrain, which means it needs to remain intact for the time being. While we’ll have to wait a bit for some of the more interesting components, some of the early videos of the process do shed some light on Ford’s engineering choices and the assembly process behind the Mach-E.

In this video, Munro and his teammate touch on some of the basics of the Mach-E’s exterior, including the security of its frunk and how to access it in the event of a dead battery. As with its push-button doors, the Mach-E’s frunk has no mechanical access, so tricks like that are important to know. The team also shows off the plunger that props the Mach-E’s doors open (and prevents pinching).

He has also published a couple of follow-up videos, including one that looks at the frunk assembly and the cooling system lurking beneath it. The over-crowded thermal solution appears to have been put together from off-the-shelf parts, and Munro suggests that Ford might move to a more simplified and tightly packaged solution as the Mach-E matures. Another follow-up reveals the secret identity of the mystery electronic component they found under the Frunk.

We expect these are just the first few of a relatively long playlist of tear-down videos yet to come.

A Derm Debunks 3 Social Media Skin Care Trends For Us