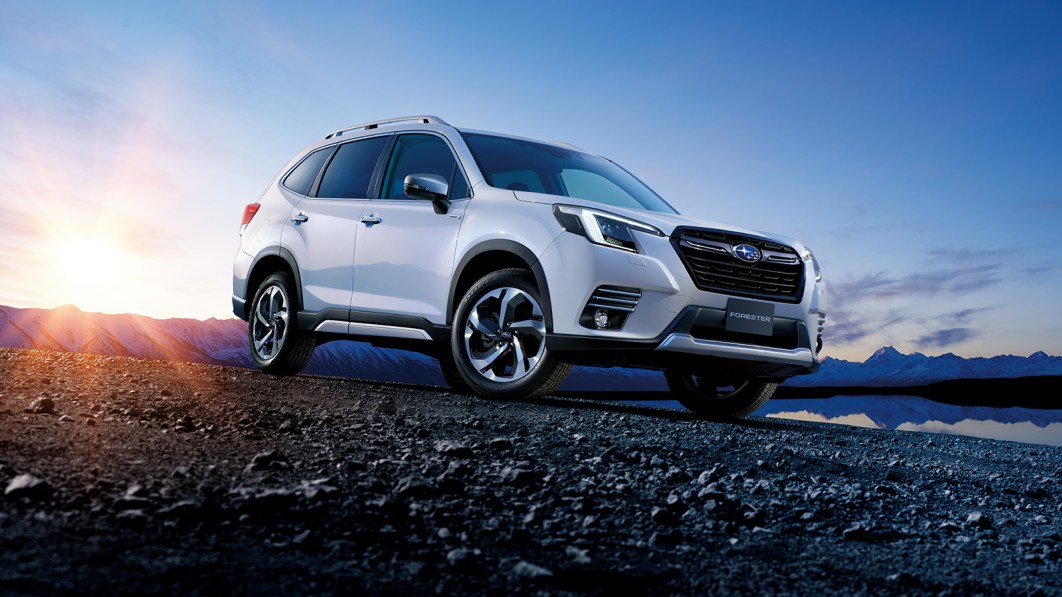 Launched in 2018, the fifth-generation Subaru Forester received a round of visual updates and a handful of other improvements in its home country of Japan. These changes will likely find their way to the American-spec model.

Subaru’s mid-cycle revisions are normally minor, but the Forester swims against the current. Its front end gains a grille that’s taller and wider than the current model‘s, sharper-looking headlights, and a redesigned lower bumper. These changes give the Forester a more SUV-like design, according to the firm, and reading between the lines suggest there’s a more rugged Wilderness-badged variant right around the corner. New-look alloy wheels are on the list of changes, too, and there might be more out back, but photos of the rear end haven’t been released.

As designers gave the Forester a brawnier design, engineers made improvements to the suspension system. All trim levels benefit from these tweaks, but Subaru hasn’t detailed them yet. It only noted the updated Forester manages to offer a comfortable ride in laid-back driving conditions and sporty handling if the occasion calls for it.

Significantly, the new-look Forester also gains the next generation of Subaru’s EyeSight suite of electronic driving aids. The camera’s angle is wider than before, so it can see more of the road ahead, and the software that analyzes data sent by the camera and other sensors is more powerful. Other Subaru models will benefit from this technology.

Subaru will begin delivering the updated Forester in Japan in the coming months. It hasn’t announced plans to sell the nip-and-tucked crossover in the United States, but we’d be surprised if the model doesn’t end up on our shores sooner rather than later. We’ve reached out to the firm for more details, and we’ll update this story if we learn more.

Drinking Water Is Wellness 101… But Are Electrolytes Even More Important?