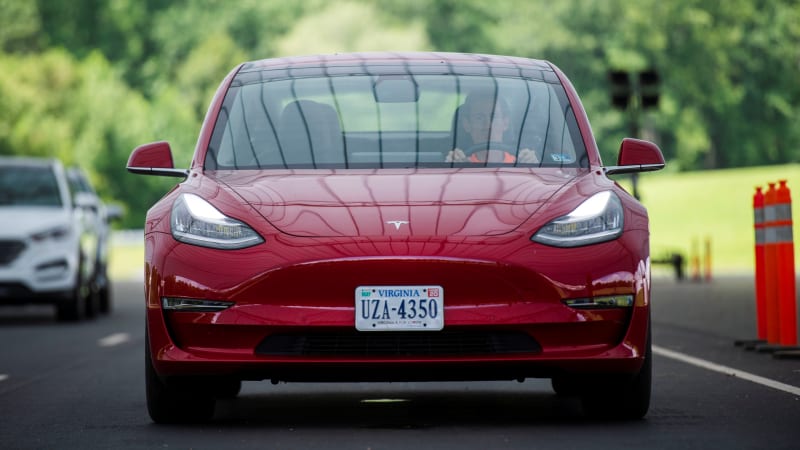 BERKELEY, Calif. — Tesla will drop a radar sensor in favor of a camera-focused Autopilot system for its Model 3 and Model Y vehicles in North America starting this month.

The move came amid growing scrutiny by regulators and media about the safety of what Tesla dubs “Autopilot” and “Full Self-Driving (FSD)” features, following a series of crashes.

Pure vision Autopilot is now rolling out in North America. There will be an update of this production release in 2 weeks, then FSD beta V9.0 (also pure vision) a week later. FSD subscription will be enabled around the same time.

He said it plans to release an improved “FSD beta V9.0” based on the pure vision system about three weeks later. “FSD subscription will be enabled around the same time,” he said.

In October, Tesla rolled out the test version of its new FSD system to a limited number of people, enabling cars to navigate on city streets in semi-autonomous mode as well as highways. A wider launch has been delayed.

While most companies like Waymo equip autonomous cars with cameras paired with sensors like lidars and radars, Tesla relied on cameras and one radar to detect and analyze objects.

Tesla’s approach helped reduce costs and commercialize its driver assistant features, but experts and other companies have raised safety concerns.

Tesla said the transition to a camera-focused system may result in limitations of some features such as lane-centering and parking assistance, saying those functions will be restored via software updates “in the weeks ahead.”

All new Model S and Model X cars, as well as all vehicles built for markets outside North America, will still be equipped with a radar, Tesla said.

In March, Tesla told California regulators it might not achieve full self-driving technology by the end of 2021.

Pallof Press Exercise: How To, Benefits, and Variations