U.S. Issues Tough Travel Warnings for Japan Ahead of Olympics 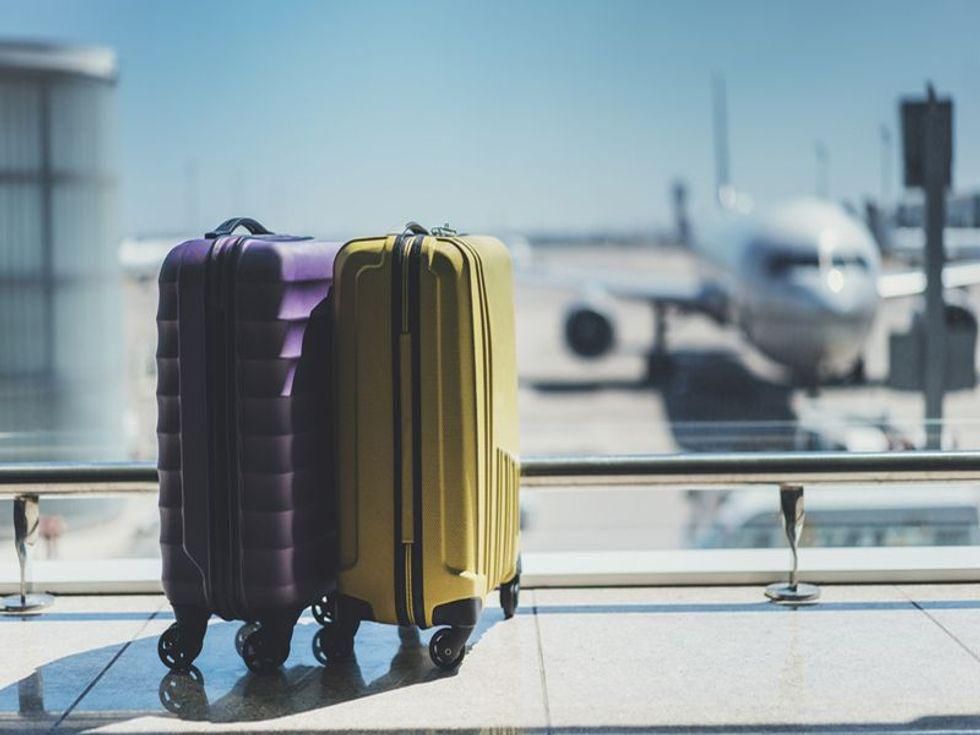 U.S. officials on Monday warned all Americans not to visit Japan because of a spike in coronavirus cases there just two months before the Tokyo Olympics are set to start.

The travel advisories, one issued by the U.S. Centers for Disease Control and Prevention and one that came from the U.S. State Department, don’t ban Americans from visiting Japan, but they could trigger higher travel insurance rates and may discourage some Olympic athletes and spectators from competing in or attending the games, the Associated Press reported.

The State Department’s warning was even more blunt.

“Do not travel to Japan due to COVID-19,” it said in its announcement, which raised the department’s travel alert from Level 3 (reconsider travel) to Level 4 (do not travel).

However, the U.S. Olympic & Paralympic Committee said Monday it still anticipates that American athletes will be able to safely compete at the Tokyo Games.

“We feel confident that the current mitigation practices in place for athletes and staff… coupled with the testing before travel, on arrival in Japan, and during Games time, will allow for safe participation of Team USA athletes this summer,” the committee said in a statement to Reuters on Monday.

Japan has mobilized military doctors and nurses to immunize older adults in two major cities as the government tries to accelerate its vaccination rollout and curb COVID-19 infections before it hosts the Olympics. That move came amid growing calls in that country for the games to be canceled.

Nevertheless, Japanese Prime Minister Yoshihide Suga says he is determined to hold the Olympics in Tokyo beginning on July 23, after a one-year delay, and has made an ambitious pledge to finish vaccinating the country’s 36 million older people by the end of July. There is fear of new variants spreading because such a tiny percentage of the Japanese population — estimated at 2% to 4% — is vaccinated, the AP said.

Asia’s second-largest economy has closed its borders to most international travelers since the pandemic began last year and overseas spectators will not be allowed to attend the Games, the Washington Post reported. The Japanese government said Tuesday that it doesn’t expect the U.S. advisory to affect the Games.

COVID cases, deaths plummet in US

Fewer than 30,000 new coronavirus cases are now being reported daily in the United States, with deaths as low as they have been since last June.

Infection and death rates are dropping dramatically as nearly 50 percent of Americans have now received at least one vaccine shot, The New York Times reported.

“I think by June, we’re probably going to be at one infection per 100,000 people per day, which is a very low level,” Dr. Scott Gottlieb, former head of the U.S. Food and Drug Administration, said Sunday on “Face the Nation.”

The United States is reporting about 25,700 new coronavirus cases daily, a 39 percent decrease from two weeks ago, according to a Times database. Deaths are down 14 percent over the same period, to an average of 578 per day.

The million-dollar question now is whether increasing vaccinations can crush the virus or whether it will simmer in areas with low immunization rates and resurface when colder weather returns, David Rubin, director of PolicyLab at Children’s Hospital of Philadelphia, told the Post.

“If we’re continuing to have disease reservoirs and we have areas with low vaccinations, it’ll hang on until the fall and start to pick up pace again. It’ll find pockets where there are unvaccinated individuals, and have these sporadic outbreaks,” Rubin said.

But Dr. Anthony Fauci was optimistic about the country’s ability to contain the virus.

“I’m sure that we can control it,” Fauci told the Post. “Somewhere between control and elimination is where we’re going to wind up. Namely a very, very low level that isn’t a public health hazard, that doesn’t disrupt society.”

But although 39 percent of Americans are fully vaccinated, rates vary widely, with New England leading the way and much of the South lagging behind, the Times reported.

At the same time, testing rates have fallen around the country, fueling concern that cases could be undercounted in places with high positivity rates, like Miami. And the longer it takes to vaccinate people, the longer the virus has to spread, mutate and possibly change enough to evade vaccines.

“My big concern is that there is going to be a variant that’s going to outsmart the vaccine,” Dr. Thomas LaVeist, dean of Tulane University’s School of Public Health and Tropical Medicine, told the Times. “Then we’ll have a new problem. We’ll have to revaccinate.”

Vaccines approved for use in the United States and Europe show protection against all of the more infectious coronavirus variants known to be circling the globe, the World Health Organization said last week.

Since January, four variants of concern, including the one bringing India to its knees at the moment, have been monitored by health officials around the world, Kluge said. Known as B.1.617, the Indian variant has been detected in 44 different countries, according to a recent weekly epidemiological update from the WHO, CBS News reported.

“For the time being, we can say that all the four variants do respond to the vaccines made available, as of today,” Kluge said. “But the best way to counteract is to speed up the vaccination rollout.”

Unknown variants of the virus could still emerge and be resistant to existing vaccines, scientists at Johns Hopkins Medicine said. And experts noted that variant B.1.351, which first emerged in South Africa, might be resistant to some vaccines in development and that mutations like it are still being studied, CBS News reported.

Luckily, early trial results have shown that the Moderna vaccine provides increased immunity against variants of the virus found in South Africa and Brazil. And Pfizer’s original vaccine has been shown to work against the variant first spotted in the United Kingdom, CBS News reported.

News that the vaccines are still working comes as countries around the world start to ease some of the social distancing measures that have been in place for over a year. Throughout America, states have lifted or eased mask mandates following new guidance from the CDC that says fully vaccinated people no longer have to wear them in many instances.

“Vaccines may be a light at the end of the tunnel but you cannot be blinded by that light,” Kluge said. “We have been here before. Let us not make the same mistakes that were made this time last year that resulted in the resurgence of COVID-19.”

In the United States, the vaccination picture is improving by the day. Biden has said there will be enough vaccine supply for every American adult by the end of this month. As of Tuesday, 130.6 million Americans were fully vaccinated and 58.5 percent of adults had received at least one dose, according to the CDC. The U.S. Food and Drug Administration also recently approved the Pfizer vaccine for adolescents ages 12 to 15.

As of Tuesday, the U.S. coronavirus case count passed 33.1 million, while the death toll neared 590,000, according to a tally from Johns Hopkins University. Worldwide, nearly 167.3 million cases had been reported by Tuesday, with nearly 3.4 million people dead from COVID-19.

The U.S. Centers for Disease Control and Prevention has more on the new coronavirus.