William Bonac Recalls When Competing in Bodybuilding Wasn’t an Option 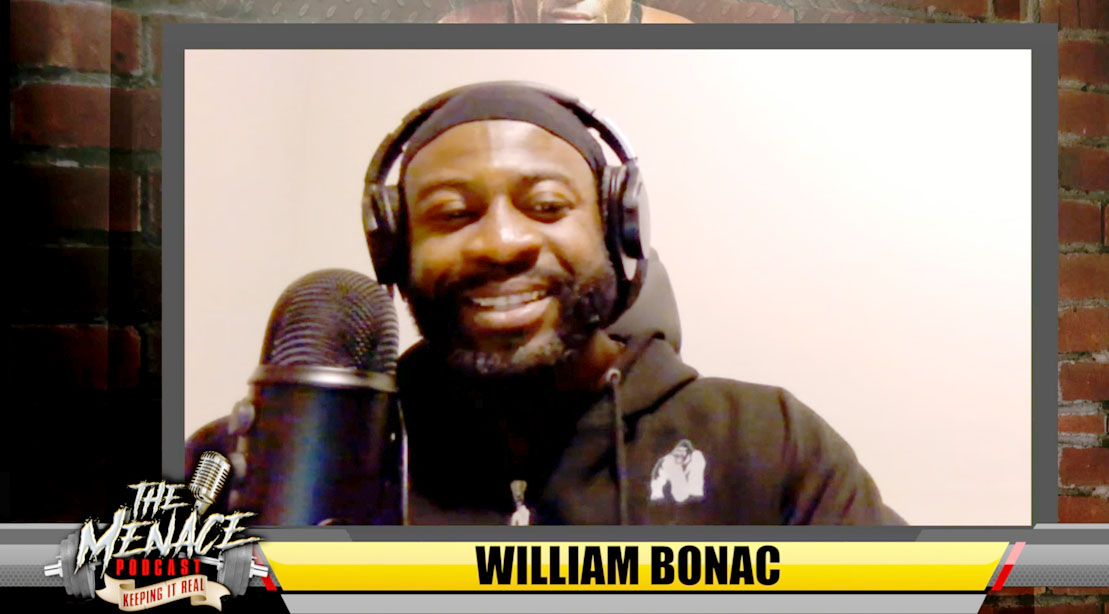 Everyone loves a success story. Seeing or hearing about someone overcoming hurdles and hardships to reach a point of prosperity can be inspiring for those that need it. Bodybuilding fans can find such a story in the form of William Bonac. The superstar from the Netherlands is considered by many to be one of the top pros in the world. However, he told Dennis James on The Menace Podcast that his life was going in the wrong direction as a teenager. As a matter of fact, it almost ended at the age of 14.

“I got shot when I was 14 years old,” he said. “The guy that shot me, I drove him to do that. I pushed him that way. He was so scared that he had no choice but to shoot me.”

The then teenager went to the hospital, but he checked out the following Sunday. While many people would’ve resorted to changing their lifestyles, Bonac didn’t. He would eventually end up in juvenile detention. It was during this time that he determined a change was necessary.

“Prison saved me. I was in there from 15 to 18,” he told James. “In prison I started lifting weights, like regularly, and I started growing. I saw my potential. The guys that were working there, the guards, they were all telling me to go do bodybuilding, but I wasn’t really ready for bodybuilding, you know.”

Obviously he did eventually make the jump into bodybuilding, and he earned his pro card in 2010. Even after he turned pro, the struggle was still real for Bonac. He was having to find different ways to earn money while working his way up the bodybuilding ranks.

“It got so expensive for me. I couldn’t buy all the meat and all the stuff I needed. Chicken was the only meat that was affordable to me,” he confessed. “I was working my ass off, doing two or three jobs. On the weekend from Friday to Sunday, I didn’t sleep. I was working as a bouncer to earn a little bit of extra money.”

Nowadays, he is preparing for the 2021 Arnold Classic, where he hopes to win his third career title. He will then move on to the 2021 Mr. Olympia with hopes of dethroning champion Mamdouh Elssbiay. Bonac and James also talk about his childhood, playing soccer, the early days in the 212 division, and more. Check the episode out in its entirety over at the Muscle & Fitness YouTube channel.

The One Healthy, Warming Ingredient We’re Putting In Nearly Everything

Two-Thirds of Parents of Kids Ages 5-11 Plan to Get Them Vaccinated Against COVID: Poll